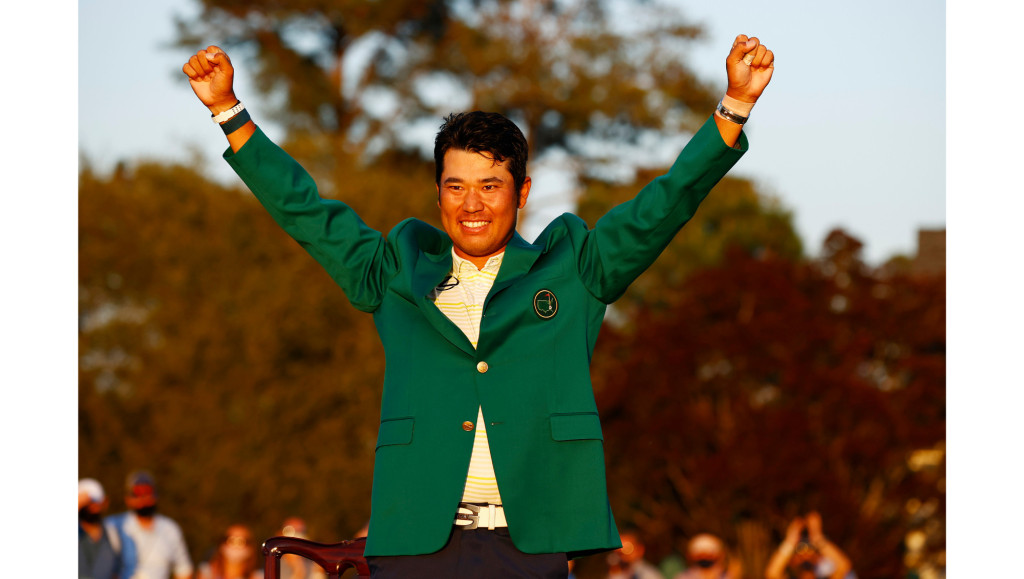 He wasn’t the first Japanese man who was ready to win a major championship. He was one of the first who was willing.

Long before Hideki Matsuyama tapped in the winning bogey at No. 18 on Sunday, there was Jumbo Ozaki, 5-foot-11, who won 140 tournaments on the Japanese Tour and was revered and mobbed as if Tiger Woods had walked to the first tee with The Beatles caddying.

“I enjoyed the heck out of him,” said Brian Watts, after a long afternoon of rooting Matsuyama home from his living room in Arlington, Texas.

“A few times I was in the final group with Jumbo, playing for first place. When he was in his 40s, guys like Greg Norman and Ernie Els and Davis Love would come over, and Jumbo would beat them 99 percent of the time. He was very comfortable in his own surroundings.”

Jumbo is in the World Golf Hall of Fame and played in the Masters, but he always declined to play on the American tour, although brothers Joe and Jet did.

Same with Isao Aoki, who challenged Jack Nicklaus at the 1980 U.S. Open and holed out from the rough, in 1983, to win in Hawaii.

Same with Toshi Izawa, who finished fourth in the 2001 Masters, and Shingo Katayama, who wore a cowboy hat and was fourth in both the Masters and the PGA, and Tommy Nakajima, who had top-10 finishes in all four majors.

You can understand. Various Australians and Brits and South Africans were able to comfortably speak, read and play in America. Japanese golfers were not. They already had a thriving tour in a golf-besotted country that, at last count, had 35,000 driving ranges, many of them stacked in multiple decks.

The mold-breaker was the ever-smiling Shigeki Maruyama, 5-foot-8, who not only played on the PGA Tour but moved to Bel Air, eventually selling his home for $14 million. His son Sean was born here, attended Campbell Hall, and is on UCLA’s golf team today.

“Shigeki was really the first guy who decided he would give up everything there and break apart and do something different,” said Watts, who lost the 1998 Open Championship to Mark O’Meara in a playoff. He spent six years on the Japan Tour after a distinguished career at Oklahoma State, and won 12 events with 12 second-place finishes.

Maruyama became known when he won all five of his matches at the 1998 Presidents Cup in Australia, still the only time the International Team has won. He also won three PGA Tour events and was second to Mike Weir at Riviera Country Club.

So there were foreshadowings of Sunday’s result, when Matsuyama built a six-stroke lead and then had to scramble to win by one, his tank depleted by the ordeal of traveling with a Masters lead.

He was the logical descendant, a top-shelf talent who came to America as quickly as he could.

“There were always really good players,” Watts said. “And then, finally, there was this young man who was just an unbelievable ball-striker.”

Augusta National can be excused for self-congratulation. When it joined the Royal & Ancient to invent the Asia Pacific Amateur, it granted a Masters invitation to the winner and implicitly hoped that the perk would encourage more of them to play in America.

Matsuyama won the first one and played in an Australian event in mid-March of 2011. While he was gone, an earthquake struck his home region, destroyed his university, and killed 19,300. He considered staying home, but changed his mind and finished 27th at the Masters to become low amateur. In the traditional Butler Cabin interview, Matsuyama admitted that he wasn’t sure he’d done the right thing.

As golf celebrities go, Matsuyama might be the most recessive. On Monday, he was spotted at O’Hare Airport, between flights, the green jacket draped over a nearby seat. He was alone.

His interpreter, Bob Turner, said Matsuyama drives an everyman’s minivan at home. The story goes that he waited seven months before he announced that he had become a father. He freely admitted that he had some shaky moments on Sunday’s first tee, realizing that the Masters was his to win.

But he played confidently enough to repeatedly save par from peril. His scramble rate was exceeded only by short-game master Kevin Na’s.

“It’s thrilling to realize there are a lot of young ones watching in Japan,” said the 29-year-old Masters champ. “Hopefully some of them will compete on the world stage. But I still have a lot of years left, so they will have to compete against me still.”

They will, thanks to Maruyama and Matsuyama and everyone and everything else that has conspired to shrink the world.