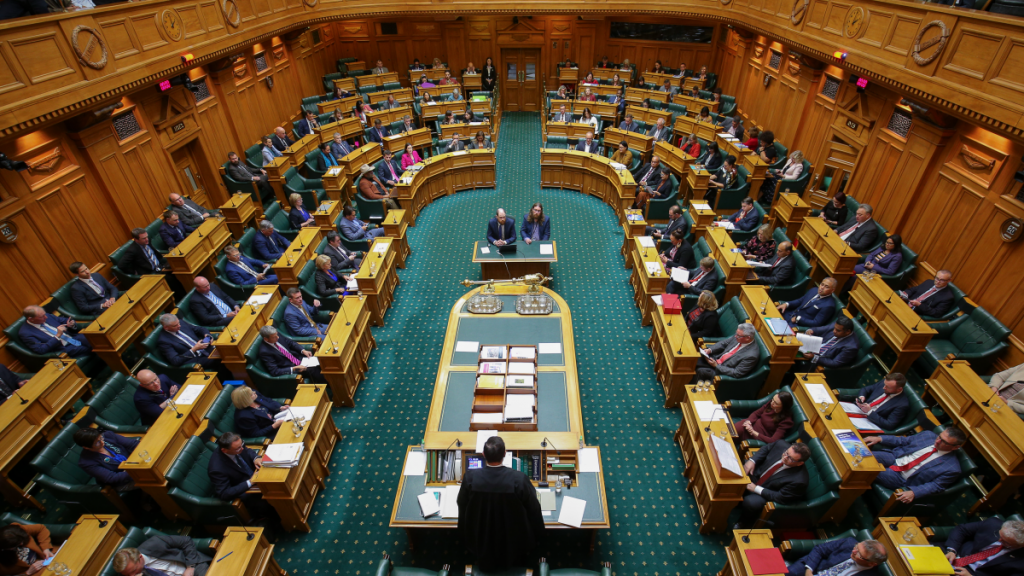 Why calling someone a ‘Karen’ ended up in New Zealand parliament

Jacinda Ardern, we heard that.

On Wednesday, New Zealand’s prime minister got as close as you can get to calling the leader of the opposition a “Karen” without directly yelling it into a loudspeaker.

Ardern’s government has been pushing to toughen up hate speech and hate crime laws in the country, proposing to amend the Human Rights Act 1993 and the Crimes Act to introduce harsher penalties for anyone who incites discrimination or hatred.

It follows the results of a Royal Commission inquiry into the 2019 Christchurch mosque attacks, which saw 51 people killed by a white supremacist terrorist. The inquiry concluded that New Zealand’s hate speech laws don’t adequately penalise offenders, and proposed that maximum prison sentences should be increased from three months to three years.

Opposition Leader Judith Collins, who is head of the centre-right National Party, attempted to lambast Ardern’s reforms during a Question Time session in the House, continuing a slew of criticism she’d been tweeting at the prime minister this week, including a question about whether the term “Karen” would be included under the proposed hate speech law changes.

“Karens,” as the internet term goes, are white women who are often mocked by the internet in viral videos for their outlandishly problematic and often racist behaviour. The insult has been thrown at everyone from grocery shoppers throwing tantrums to Space Karen Elon Musk.

Before we get to the retort, here’s what’s happening. The main debate around the proposed law reforms has been around, you guessed it, hate speech. Ardern’s government want to increase penalties around “normalised” hatred and discrimination, which is meant to add further protection to groups and communities targeted by hateful speech.

“The proposals target the types of communication that seek to spread and entrench feelings of intolerance, prejudice, and hatred against groups in our society,” reads Minister of Justice Kris Faafoi’s introduction to the proposals. “All people are equal, and our society is made up of people with many different aspects to their identities. The incitement of hatred against a group based on a shared characteristic, such as ethnicity, religion, or sexuality, is an attack on our values of inclusiveness and diversity. Such incitement is intolerable and has no place in our society.”

Conservative critics including Collins have criticised the proposed amendments, calling it the criminalisation of “insulting” speech. But on Wednesday, it was pretty clear what the prime minister had to say to her opposition, who suggested in her tweet that calling someone a “Karen” would be considered a crime under the new hate speech law reforms.

“I also, as it happens, disagree with the member’s statement on Twitter that somehow, it will become illegal to call someone a ‘Karen’,” said Ardern in parliament, referring to Collins as said member. “That is absolutely incorrect, and I apologise, that means these laws will not protect that member from such a claim.”

I can’t adequately clap hard enough for this delivery. Yes, the fact that calling someone a “Karen” came up in a country’s national parliament is a distraction from the true issue here — that hate speech and incitement to discrimination can put groups and communities in very real danger, and let’s be real, that does not include Karens.

But it’s a great shady moment amid a frustrating ongoing debate that is anything but light-hearted.