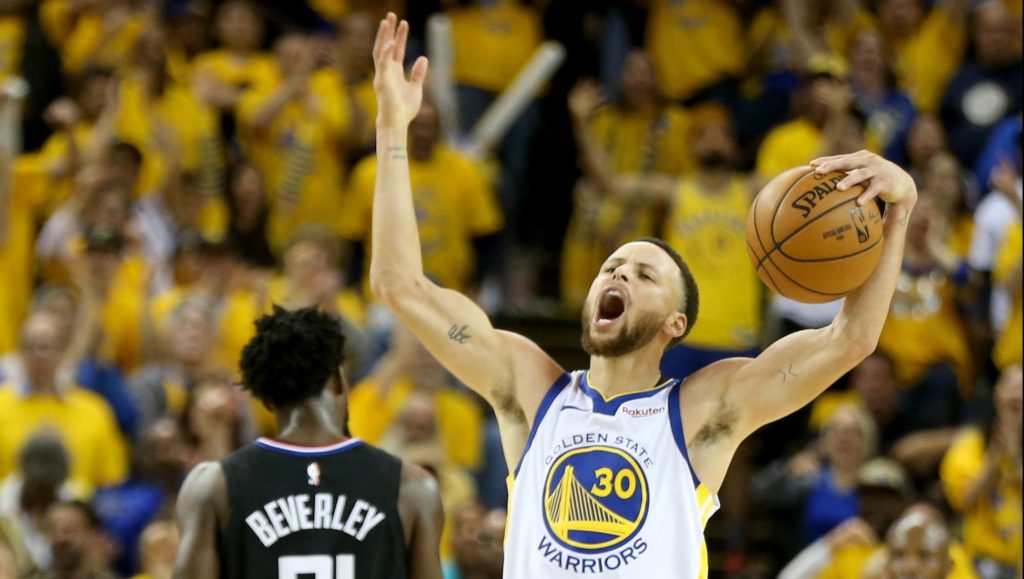 As Stephen Curry sat at the postgame podium after becoming the Warriors’ all-time scoring leader with his latest points total — 17,818 — displayed on the LED backdrop behind him, he took in the moment, a bashful grin squirming on his face. As he reflected on a 12-year career and shouted out various colleagues, he admitted he missed something.

“The only thing that would make it better is just fans in the stands,” said Curry, who passed Wilt Chamberlain’s previous record of 17,783 points in a mostly empty Chase Center during Monday’s win over the Denver Nuggets.

It was a small acknowledgment during a lengthy postgame press conference, but an important one. As Curry continues to tick off Warriors all-time records, no other player or fanbase across the league is in a similar position. In this era of player movement, stars simply don’t stay put and build the connection with a region the way Curry has over the last decade-plus.

As stars such as LeBron James, Kawhi Leonard, James Harden and Kevin Durant move cities and teams every few years, they don’t have the longevity with a single franchise the way Curry does. This is not a criticism of player movement — the phenomenon has turned the NBA into a year-round entertainment product — but it’s worth shining a light on just how special Curry’s accomplishment is in this particular moment.

Like MJ and D-Wade, Steph found success with the franchise that drafted him. Jordan won six titles with the Bulls, Wade won three with the Heat. When they retired, both were sent off with parades, celebrations and tears. Similarly, Curry never had to leave Golden State to win. Instead, he was complemented by All-Star teammates Klay Thompson, Draymond Green and Durant. While LeBron brought titles to Cleveland, Miami and Los Angeles, all of Curry’s parades went down Oakland’s Broadway.

This extinct era is not as bygone as the dinosaurs, or even Wilt (who, coincidentally, may have kicked off the player movement era in the 1960s):

Kobe Bryant’s send-off feels like a lifetime ago, but it was 2016. Wade retired in 2019 (and, yes, he did play nearly two years away from Miami but, like in the case of Jordan’s brief sabbatical, no one counts that), as did Mavericks legend Dirk Nowitzki after 21 years in Dallas.

“When you play in Dallas now … there’s a silhouette of Dirk shooting his signature fadeaway on each end of the floor,” Warriors coach Steve Kerr said. “I imagine there will be something like that here (at Chase Center). Maybe a picture of Steph holding his mouthpiece or something.”

Curry’s likeness is already found painted on walls across the Bay Area. Going through Oakland and San Francisco, his name pops up nearly as much as John Muir’s across advertisements, menu items and the backs of Warriors jerseys. Is that happening for LeBron in LA? No, those murals are dedicated to Kobe. What about for Durant and Harden in Brooklyn? While Curry has reached E-40 status, KD and The Beard won’t be catching Biggie regardless of how many banners they bring to Barclays.

Meanwhile in Texas, Nowitzki’s face is painted in bars across the Dallas-Fort Worth area, watching over patrons ordering Shiner Bock. In South Florida, “Miami-Wade County” rolls off the tongue as easily as cortadito. Their names top the records books of the Mavericks and Heat.

A scan around the league reveals that Curry may not be the last of a dying breed. Giannis Antetokounmpo just signed an extension with the Milwaukee Bucks, Nikola Jokic could be on the verge of leading a championship run in Denver and Joel Embiid has won the hearts of Philadelphia. But things change quickly in the NBA, and careers like Curry’s can’t be taken for granted. Curry is eligible for an extension this summer and, if he signs it as expected, will be with Golden State another four years.

Next season, Curry will catch Warriors leaders Chris Mullin in games played and Nate Thurmond in minutes. Eventually, he’ll be the Warriors’ all-time leader in steals and field goals.

When the winning is happening, fans enjoy the championships and the glory, the parades and blaring media attention. But when those franchise players age out of their primes, champions are propped up elsewhere and the national media finds a new city to set up shop, only the player and his fans remain. This is the new, rarer, more intimate chapter.

For Steph and the Bay, this is that special chapter of a story that started when Curry was drafted seventh overall by the Warriors in 2009. As a rookie, Curry wrote the now-legendary tweet: “Promise to all the Warrior fans…we will figure this thing out…if it’s the last thing we do we will figure it out.”

“I had no idea what I was talking about back in my rookie year but I had so much confidence in myself and what I was capable of at this level,” Curry said of his fateful tweet after pouring 53 points on the Nuggets on his record-breaking night. “And Dub Nation has seen that growth and progress, and a little bit more facial hair.

“It’s a special bond of that drive to a championship, the three rings we got, this new reset and climb and trying to get back there. … But there’s always just this accumulation of moments and memories and the whole deal that it’s all been here. It’s been my only NBA experience and it’s been amazing.

“I wouldn’t have it any other way.”