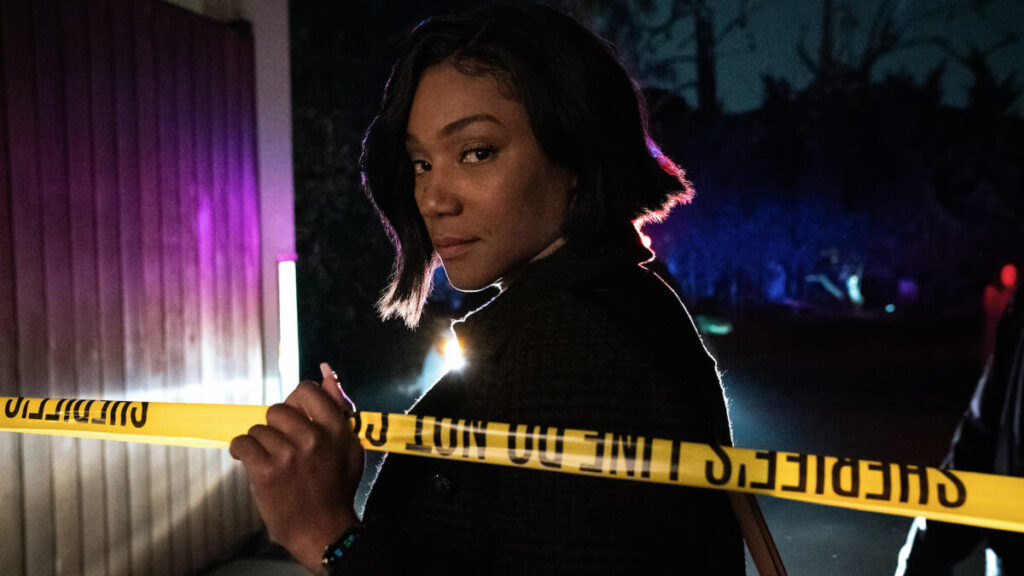 Why ‘The Afterparty’ finale was so damn satisfying

Apple TV+’s exceptional The Afterparty just finished its first season, closing out a masterclass in how to plot and execute the perfect murder mystery.

Spoilers ahead: The half-hour finale unmasked Xavier’s (Dave Franco) killer, and it was none other than Yasper (Ben Schwartz). His self-serving motive makes him the best candidate, less tragic than Aniq (Sam Richardson) or Chelsea (Ilana Glazer) and more important than say, Channing Tatum. For fans who have pored over these episodes since the January premiere, Yasper was an obvious suspect, but the finale still provides a brilliant payoff.

The Afterparty‘s immeasurable charm always worked in its favor, including when it came to preserving the mystery. The first three episodes premiered at once — including Yasper’s — steering conversations toward the genre-bending premise and all-star cast. We gushed over the songs in Yasper’s episode and accepted the more outlandish parts of his story as life in a musical. He was misdirecting us in the most obvious way, and we followed him gladly.

The Afterparty‘s big reveal and finale episode are superlative in the murder mystery show genre because of how the clues in each episode came together in the end. Rewatch episode 3 — rewatch all of them while you’re at it — and Schwartz is giving a top-tier performance-within-a-performance, playing Yasper while Yasper plays it cool and covers his tracks.

One of them has two shots, the other had too many.
Credit: Apple TV+

From the beginning, Yasper’s vibe was off. He was eerily cheerful and frenetic while everyone else processed the night’s tragic, violent turn. His aforementioned musical episode was an early-season highlight, but it was also chock full of clues that any audience member could have picked up on if they were watching closely. Yasper’s gymnastic flips hint at his ability to jump off the balcony to confuse his entry point; his trademark green phone case does disappear after Xavier dies; and those texts were way too out-of-character for Xavier to have actually sent them.

That the only consistent part of everyone’s story — Yasper’s yelping “how great is this party” followed by a ska video — also pointed to his guilt. The commotion was meant to cover something, in this case Xavier’s scream as he fell to his death. And the only person who would play that particular video as a distraction is Yasper.

‘The Afterparty’ cinematography is a love letter to movies

Other elements of the big picture like Jenn 2 going into labor, Walt’s attempted streaking, and the kitty drawing on Aniq’s face matching the design on Maggie’s tee-shirt were also telegraphed with inconsistencies that a viewer could plausibly suss out. In the finale, Danner (Tiffany Haddish) pieces these together slowly, building suspense before revealing Yasper as the culprit, even as we realize it can’t be anyone else.

The Afterparty doesn’t end with the same gasp-worthy finale twist as many murder mystery shows because it isn’t one. We misjudged its genre from the jump. This is not a puzzle box, but an escape room — designed to be solved with time to spare.

Season 1 of The Afterparty is now streaming on Apple TV+.