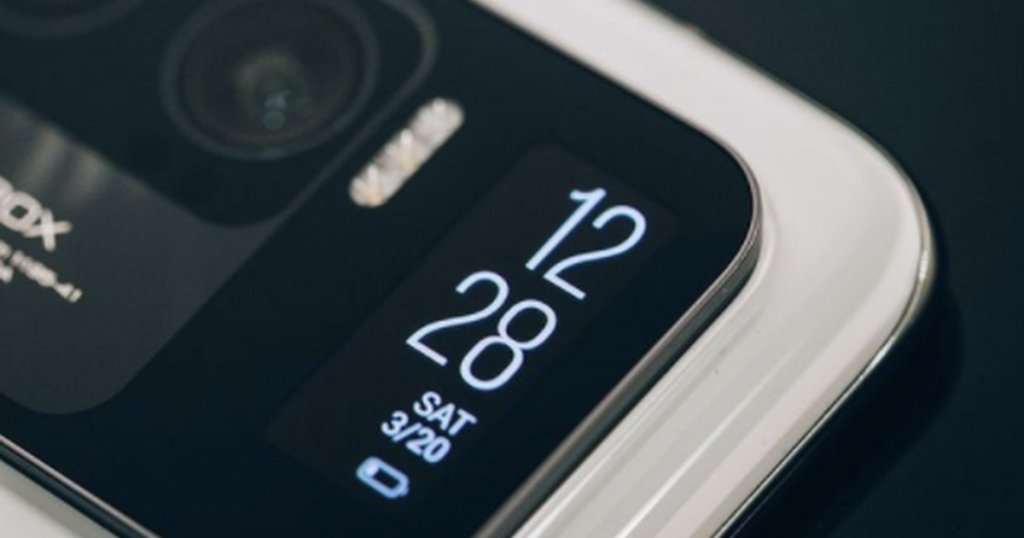 Imagine if Apple put an Apple Watch on the back of its iPhone?

Well, Xiaomi did do something like that. The company’s latest flagship smartphone, the Xiaomi Mi 11 Ultra, has a tiny display on the back. Now, Xiaomi CEO Lei Jun (via TechRadar) revealed that this is the same display that the company uses for its Mi Band 5 smart wearable — a 1.1-inch AMOLED display with a 126 x 294 pixel resolution.

The decision to use the same display for two different devices probably came down to cost saving, but it somehow makes this feature on the Mi 11 Ultra even cooler.

And while I haven’t tried the Xiaomi Mi 11 Ultra yet, I do own a Xiaomi Mi Band 5, and can attest that the display is sharp, and visible under sunlight.

The company also posted an official teardown of the Mi 11 Ultra on YouTube, so you can see exactly what’s inside. Check it out below.

In terms of features, the Xiaomi Mi 11 Ultra’s additional display will show time, date, weekday and battery status, but it will also show notifications and can be used for a selfie preview if you’re taking selfies with the rear camera.

The Xiaomi Mi 11 Ultra is launching in Malaysia today, followed by a launch in India on April 23. The phone will arrive in Europe at some point, starting at 1,199 EUR ($1,410), but the exact date has not been revealed yet.