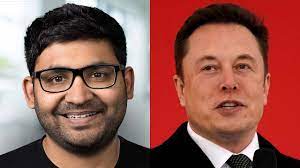 Business mogul and SpaceX CEO, Elon Musk texted Twitter CEO Parag Agrawal, saying “Your lawyers are using these conversations to cause trouble, according to reports.

“That needs to stop.” Musk’s texts are said to be in response to Twitter’s decision to seek information from Musk on how he had planned to finance his offer to buy Twitter for $44 billion.

TechEconomy reported in May that Musk might be considering pulling away from taking over the micro-blogging platform. This move will cost him a whopping $1b termination fee.

In a letter to the company, filed Friday with the Securities and Exchange Commission, Musk accuses Twitter of making “false and misleading representations” about the prevalence of fake accounts on its platform.

Twitter filed a lawsuit against Musk for backing out from the acquisition deal. In a lawsuit filed, lawyers for Twitter have accused Musk of “refusing to honor his obligations.”

They have termed Musk’s move as “invalid and wrongful.” The suit has been filed in Chancery Court in Delaware, where Twitter is incorporated