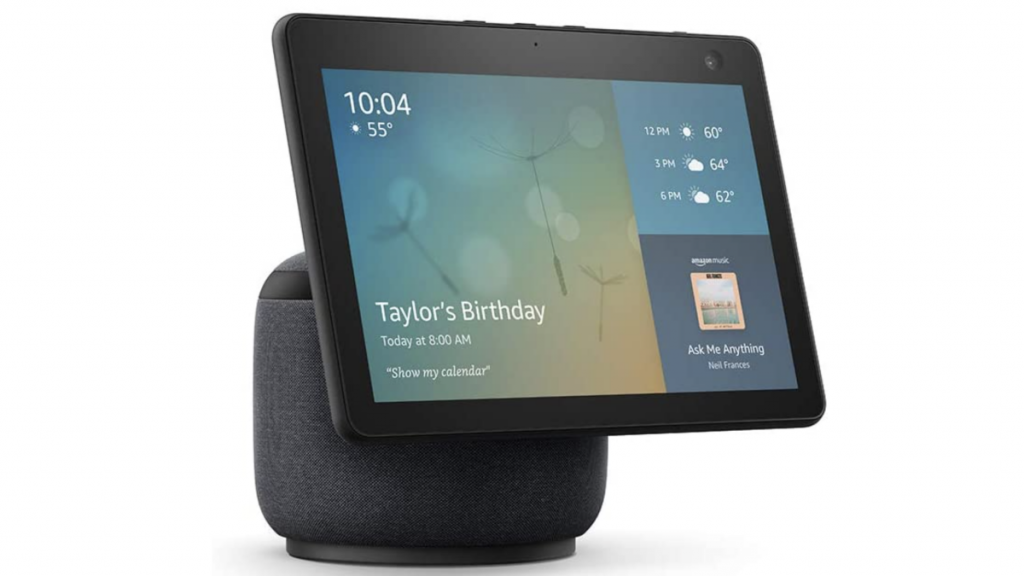 Amazon wants to put a massive Echo on your wall, report claims

Don’t have enough Amazon devices in your house? Well, the company might be working on a fix: a 15-inch Echo that can be mounted on a wall.

This is according to a new report by Bloomberg, which claims Amazon will unveil the Alexa-controlled speaker, codenamed Hoya, at its Sept. 28 event.

Hoya can be placed on a table with a stand or mounted on a wall, people familiar with the matter told Bloomberg. It works with other Amazon smart devices and could be used to monitor the status of incoming Amazon packages. It will also be populated with widgets that display weather forecasts, photos, timers, and more.

Bloomberg claims that Amazon is working on several other products, though it’s uncertain whether these will launch at the Sept. 28 event.

One is a home robot codenamed Vesta, which reportedly started out as a security tool. Amazon is also working on a soundbar codenamed Harmony. It has a front-facing camera that allows users to take video calls from their TVs.

Finally, the report claims that Amazon is working on a second-gen model of its Echo Auto technology, codenamed Marion. The first-gen Echo Auto is a small gadget that connects to your phone via Bluetooth to bring Alexa to your car.