Arbeon reveals its service for the first time at CES 2023… "Experience how AR would change your daily life in advance!" 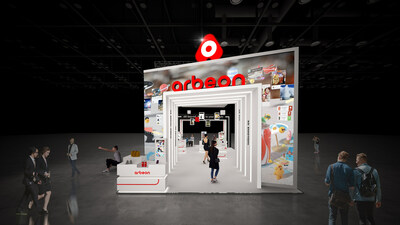 SEOUL, South Korea, Dec. 29, 2022 /PRNewswire/ — The world’s biggest IT exhibition, CES 2023, held in Las Vegas, USA, is only a week away. Compared to other events in recent years, where the world avoided having offline events due to COVID-19, CES 2023 is expected to have more than 2,400 participating companies and 100,000 visitors on a larger scale by 50% than last year.

There is a company preparing to participate in this event where numerous companies present their latest technologies with the global service based on its independent technology. It is Arbeon (CEO Bae Young Myung), an IT start-up that makes AR-based “realistic social media.”

Arbeon’s service provides various digital experiences, such as social media, commerce, information search, and AR content creation tool, above objects in real space based on its unique AR technology. It has attracted the attention of domestic and foreign investment institutions and the industry as “a service of the future” by presenting digital experiences on the object in daily life (real space) that was only possible online until now.

Arbeon plans to introduce its service in a place one step closer to potential global users by placing company’s individual booth in CES Tech East Central Hall. In the booth, Arbeon plans to reveal its app service in a development version for the first time and run a number of experience zones under the environment users are familiar with in daily life, such as F&B, fashion, and beauty. Visitors can check the AR content that unfolds on the object in reality and create their own AR content with AR CUT while using the app in the experience zone with various concepts.

The CEO of Arbeon, Bae Young Myung, expressed his ambition about their participation in the CES, “Participating in the CES with an individual booth before officially releasing the service is a memorable moment for our company.” And he added, “Arbeon will go beyond the existing AR and suggest a new communication method and the future of AR and grow into a next generation social media brand that users can enjoy immersively in reality.”

In addition, Arbeon plans to release its AR-based realistic social media app service to the global market in the second half of 2023.