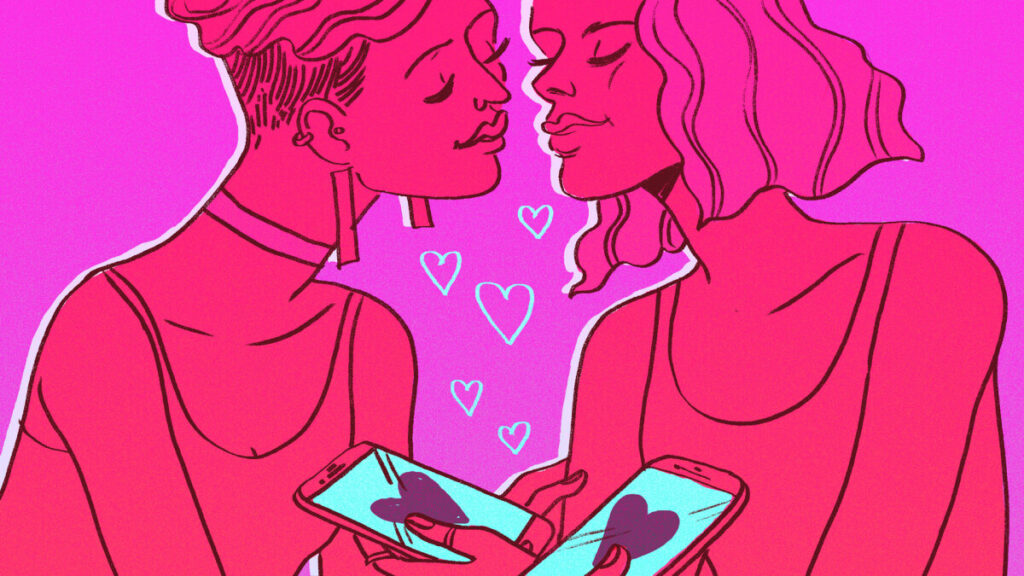 Best gay dating apps for hookups, relationships, and everything in between

Most people have at least one horror story about online dating. It’s a rite of passage that single people love to hate.

But the horror stories look a little different for members of the LGBTQ community. On top of the classic awkward Hinge date anecdotes and screenshots of a corny bio seeping with secondhand embarrassment, gay singles deal with all sorts of alienating interactions. Baseless questioning of sexual history, harassment, and fetishization — some of it coming from cis straight people who shouldn’t have popped up in your feed in the first place — don’t exactly give one butterflies.

Still, dating apps have become crucial means of introduction for gay folks looking to settle down. A 2019 Stanford study and 2020 Pew Research survey found that meeting online has become the most popular way for U.S. couples to connect — especially for gay couples, of which 28 percent met their current partner online (versus 11 percent of straight couples).

But the Pew survey also dredged up those ugly experiences with harassment. This could be where options that bar heterosexual users, like HER and Grindr, come in. Their perfectly-tailored environments are so well-known in the gay community that they’re essentially in a league of their own.

Is Grindr the only option for gay dating apps?

Though Grindr and HER are big players, they’re not in the queer dating app market alone. Apps like Zoe, Taimi, and Scruff exist. But their plateauing popularity can be attributed to similar complaints: too many scam profiles and too few legitimate users (ones within a reasonable distance to plan a date, anyway). Chappy was a promising app for gay men that shut down just as it was gaining serious traction.

And at the end of the day, “everyone” apps are simply where masses of queer users are. Keeping Tinder on the back burner isn’t just a straight people thing, especially for those who live in less-populated areas where Grindr and HER have slim pickings. Plus, some mainstream apps do deserve credit for the steps they’ve taken to create a more inclusive atmosphere. Tinder, Bumble, and Hinge now offer lots of sexual orientation and gender identity options. OkCupid gets kudos for making that change years ago, as well as making social justice a core part of compatibility scoring — which kind of self-curates the type of people on the app.

How to navigate dating apps when you’re bisexual

If you’re part of the LGBTQ community and hate leaving your home, you’re not alone. Here are the best dating apps and sites that’ll maximize your opportunities while minimizing your human contact. Bless.