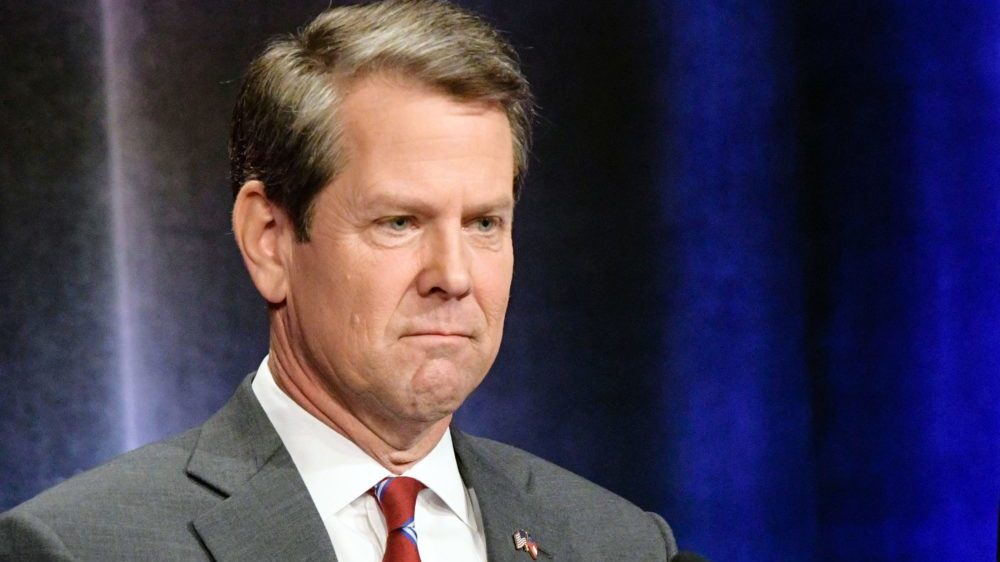 This week at the Georgia state capitol in Atlanta, representatives from Black Voters Matter joined a press conference re: GA’s recently passed voter suppression bill, SB 202, which prevents full and free access to the ballot for voters throughout the state, and the corporate accountability campaign movement to combat it. See statement below:

“When Kemp allowed passage of the SB 202 bill last week, he made an intentional decision to suppress Black voting power. When Governor Kemp signed into law SB 202 bill last week, with a picture of a plantation on the wall behind him, he was championing the Jim Crow-era policies of the past. This bill, which severely restricts voting access statewide, comes after Black voters delivered unprecedented turnout in last year’s election with record-breaking participation in absentee and early voting. Even after making public commitments to promote racial equity just last year, Georgia lawmakers, the Georgia Chamber of Commerce, and major players from Georgia’s business community have allowed the measure to pass by turning a blind eye toward blatant efforts to suppress Black votes. But the fight against this bill and the many others similar to it across our state and the nation is not over.

“Today, Black Voters Matter joined partners across the state and country to 1) stand in solidarity with Rep. Park Cannon who returns to work today, 2) continue holding corporations accountable for their failure to stand up for Black voters and 3) to remind voters that our lawsuit against GA officials is moving forward. We are prepared to undergo an economic boycott targeted at those companies to hit them where it hurts most — their bottom line.

“SB 202 is not expanding access to voting, and is indicative of how people and businesses have been insensitive to racial equity issues throughout history. Positioning this policy as beneficial to voters when it was meant to marginalize Black votes is racist spin disguised as harmless rhetoric.

“We’re continuing to demand fair and equitable access to the ballot and invite companies and individuals throughout the country to join us in our fight. GA is only the first state in more than 40 across the nation that will face voter suppression bills. This impacts all of us.”