Domenico Villani, who joined CESI in 2006, has so far held the roles of Executive Vice President of the Testing, Inspection and Certification Division and Chief Executive Officer of IPH GmbH and FGH E&T GmbH – the two German companies of the Group – of KEMA BV Arnhem, in Holland, and of ZKU, in Prague. Villani is also a member of the Board of Directors of CESI USA, as well as Vice President of CIGRE Italia and Advisor of the Italian Electrotechnical Committee (CEI) and of the Circular Evolution Association. Previously, he worked at Siemens, VATech and Schneider Electric.

“I wish to thank the shareholders for the trust they have placed in me. After many years, it was decided to directly select a CESI manager for this role; this is an important signal of consideration for the capabilities of CESI, a solid company with interesting development prospects. The energy sector is changing rapidly and is offering us several opportunities. The skills and dedication of our people put us in the best conditions to achieve these goals,” commented the new CEO.

Matteo Codazzi wished to extend his appreciation to the shareholders and his colleagues in CESI: “My thanks go to the shareholders and the Board of Directors who in recent years, with their trust, gave me the opportunity to carry out my assignment in the best possible way. A special thought goes to all my colleagues: working with all of them has been a real privilege for me. Indeed, it is first and foremost due to their commitment that CESI has proudly transformed itself from a center of technological excellence into an actual multinational service provider supporting the energy transition, with offices and laboratories all over the world.”

Finally, with regard to the change, President Bortoni stated: “I congratulate the new CEO, Domenico Villani, and I thank Matteo Codazzi, also on behalf of the entire Board of Directors, for the efforts he devoted to CESI. I am also pleased that the shareholders voted for the appointment of Domenico, a manager with much experience of the company, since he comes from CESI’s interna corporis (from within CESI). I am confident that he will be able to lead the company as a whole, and also value the Consulting Division, “sister” of the Testing Division where he carried out his professional work. As of now, I assure my convinced support to the new CEO, to whom I extend my personal best wishes, as well as those of all the Board.”

For over sixty years, CESI (Centro Elettrotecnico Sperimentale Italiano) has been offering its customers, located in more than 70 countries around the world, services in the field of innovation, digitization, testing and engineering, as well as consultancy in the electric power sector and in civil and environmental engineering. In particular, through its KEMA Labs Division, the Group is world leader in the independent activities of testing, inspection and certification of components and systems for the electric power and digital sector. Finally, CESI is among the few companies in the world which develop and produce advanced solar cells for space applications. 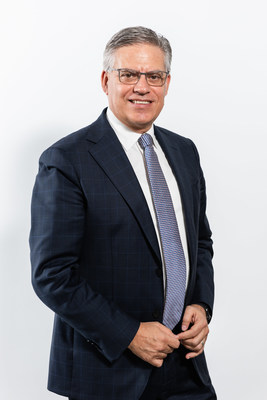