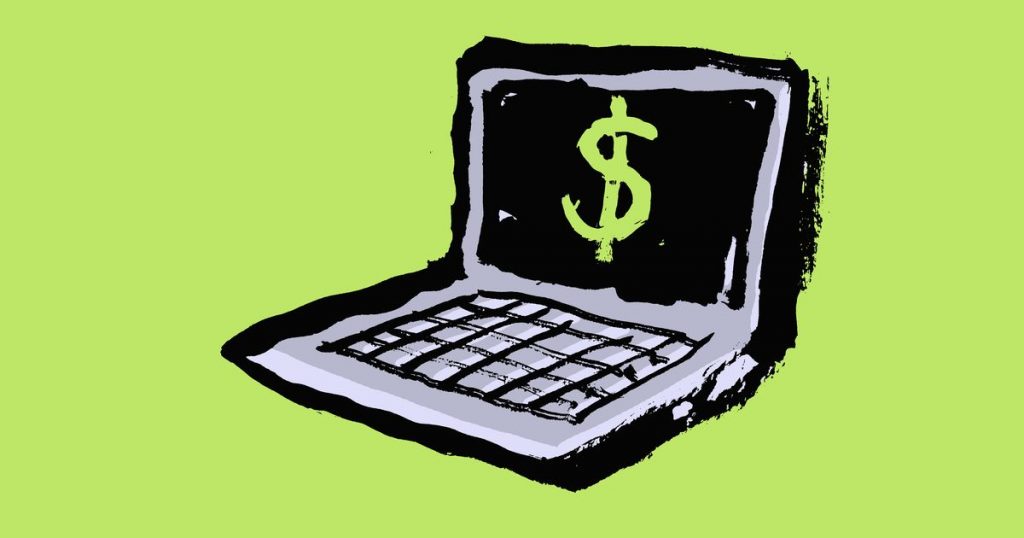 Would you ever buy a spreadsheet?

Clearly, a lot of people would…because they already have. Online creators are making some real money selling digital products created on spreadsheet services such as Google Sheets and Airtable.

Take Andrew Kamphey, who is a self-described “maker.” Kamphey told Mashable that he’s made more than $40,000 in the past year from his spreadsheet products, such as “100 Twitter Templates in a Google Sheet.” His main moneymaker is , which teaches users how to better utilize Google Sheets (so they too can sell their spreadsheets).

Another maker, Janel Loi, went with Notion, a workspace tool that allows users to create databases and wikis, to build her product, . It includes templates, spreadsheets, and more that can help creators manage their newsletters. In a conversation with Mashable, Loi says she has made more than $35,000 from it since it launched in October 2020.

Many of these products are sold on Gumroad, a popular online marketplace for indie creators. The platform has especially found a niche within the startup community and tech sector.

“We have seen a lot of growth [in these spreadsheets]!” Gumroad founder and CEO Sahil Lavingia told Mashable in an email. “A lot of people are getting spun up with these no code tools and because it’s essential to their job there’s a quickly growing market for it.”

Lavingia tells me that Gumroad has seen “hundreds of thousands of dollars” in sales when it comes to these products.

Dru Riley, who runs Trends.vc, a popular newsletter tracking the latest trends in the digital maker community, tells Mashable that he has also noticed an uptick in companies building on Google Sheets, Notion, and Airtable.

“Platforms can’t serve all of their emergent service, plugin, and template needs,” he tells me. And that’s where these products come in.

Many of these spreadsheets are informational products, basically databases of curated knowledge on a specific topic. Some of them contain just links, facts, and figures. Others include templates for consumers to fill-in and manage their own numbers for this business or project. All of these products are created by experts in whatever field their spreadsheet covers.

“I had used Google Sheets to do operations for a startup for 4 years. Literally googling answers every single day,” Kamphey told Mashable. “I was the resident Google Sheet guy.”

In April 2020, Kamphey had an idea: People would be working at home more due to the COVID-19 pandemic and some may want to put that extra time saved from not having to commute into side projects.

“Every project starts in Google Sheets. I wanted to help. I knew I could,” he continued.

Knowing the possibilities with Google Sheets, he created Better Sheets, which comes with videos and templates in order to help users build projects out on Google Sheets. It even comes packaged with a new product, Only Sheets, which helps makers block their spreadsheets from being accessed by non-paying users.

One big appeal of these products is the accessible price point. Users can join Better Sheets, for instance, for a one-time fee of $49. (That also includes a package full of Kamphey’s other Google Sheets products.) Loi’s Newsletter OS also costs $49 for lifetime access.

The spreadsheets also live on platforms that require no extra payment. Google Sheets is free. Both Notion and Airtable, a platform that offers spreadsheet creation along with more powerful database features, offer free plans.

Self-described “IndieHacker” Xavier Coiffard sells products created on Airtable. One of his spreadsheets, “,” is a list of hundreds of links where users can promote their startups. He sells it for $49 on Gumroad. He says his Airtable spreadsheets along with a Notion product he created for entrepreneurs have generated more than $9,000 in revenue over the past 5 months.

“I’m a developer; I know how building a new product from scratch takes time,” explained Coiffard to Mashable. “With Airtable or Notion (and a bunch of no-code tools), I can create a product in a couple of days.”

Coiffard says that he’s definitely noticing a trend in this space when it comes to products created on Notion. He specifically mentioned to me Janel Loi’s Newsletter OS product as an example of creators finding success with products built on these platforms.

“It’s funny,” Loi tells me. “When I first created [Newsletter OS] I thought it’d be cool to earn maybe $5k from it, but it has continued to sell mostly via word-of-mouth.”

Loi put together a version of Newsletter OS for personal use at first.

“I started writing a weekly curated newsletter for curious people called about a year ago and built a dashboard within Notion to house the information that I found about starting, growing & monetizing newsletters,” she says. “I was getting a lot of questions from friends who were learning how to grow their newsletters, so I thought that others might probably benefit from my product.”

The success of Newsletter OS led her to team up with the creator of Morning Brew’s Business Casual podcast, Josh Kaplan, to create another Notion dashboard product: . The two have made more than $10,000 from Podcast OS so far without spending a dime on advertising.

Riley of Trends.vc, however, offers a warning about building products on third-party services.

“Although there’s platform risk, someone has to do it,” Riley says.

Informational products on the internet are certainly nothing new, and spreadsheets aren’t the only product to see a boost during the pandemic. While people were stuck at home over the last year, legit online learning platforms like Udemy and Masterclass also grew in popularity.

Of course, the internet has long been overrun with people calling themselves gurus and charging exorbitant fees for online classes that promise to help you get rich quick. And so many of these often turn out to be outright scams.

Perhaps the fact that these informational products are the exact opposite of those classic internet schemes is what’s connecting with users. Real people, who aren’t shooting fancy sales videos in front of mansions and Ferraris, sharing what they know about a topic they excel at in the most non-flashy medium possible: a spreadsheet.