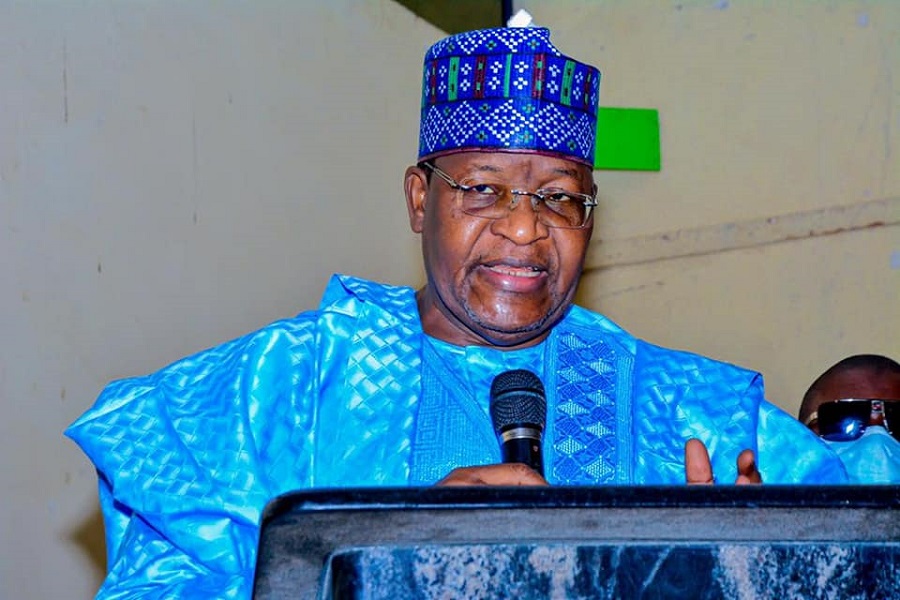 Delivering the first Annual Lecture of the Bichi Emirate titled, “Digital Literacy as a Veritable Tool for Social and Economic Transformation” in Bichi, Kano State, over the weekend, Danbatta challenged actors in both public and private sectors to key into the programme.

He noted that digital literacy provides the confidence required by individual citizens to utilise digital contents and tools, adding that it also helps citizens to effectively collaborate in creating digital content and becoming innovative problem-solvers within their socio-economic ecosystem.

The EVC pointed out that technological changes have now assumed an unprecedented dimension in pace, scope and depth of impact, emphasizing that harnessing the progress is the surest path for Nigeria in her quest for economic diversification, especially the elevation of 100 million Nigerians out of poverty.

“The policy thrust of President Muhammadu Buhari’s administration  in this direction is encapsulated in three key policy documents, namely: Nigeria National Broadband Plan (NNBP) 2020-2025; the National Digital Economy Policy and Strategy (NDEPS) 2010-2030; and, the National Policy on Promotion of Indigenous Content in the Nigerian telecommunications sector, ” Danbatta pointed out.

He said one of the underlying goals of the three policies was the development of the Nigerian economy through digital technology enhancement and increased contribution of the telecom sector to the nation’s Gross Domestic Product (GDP).

In demonstration of its recognition of the importance of digital literacy, Danbatta said that the NCC has, over the years, implemented various programmes to support adoption and application of digital skills in Nigeria.

The programmes, according to him,  not only provide the necessary digital tools but also support the provision of digital infrastructure, training, connectivity and other incentives to facilitate the development of digital literacy skills.

Through its Projects Department and the Universal Services Provision Fund (USPF), Danbatta observed that the NCC has been providing interventions such as the School Knowledge Centres (SKC), Wireless Cloud and Base Transceiver Stations (BTS), among others, across the six geo-political zones of the country.

Speaking specifically on NCC’s interventions in Bichi Emirate, Danbatta said that, of the eight local government areas that constitute the Emirate, the Commission has, through the USPF, identified about 1,900 square kilometers of land, populated by 462,222 individuals as unserved.

“In order to cover that gap, the Mobile Network Operators (MNOs) have installed 212 BTS of which 112 are Second Generation (2G)-compliant, 73 are Third Generation (3G) networks and 27 are Fourth Generation/Long Term Evolution (4G/LTE) technology, with all providing broadband connectivity which is the bedrock of digital literacy.

“The USPF has also provided interventions to secondary schools, tertiary institutions and hospitals in the emirate via its SKC, Tertiary Institutions Knowledge Centre as well as E-health initiatives; a total of seven of such projects have, so far, been executed since 2015 on my assumption as the EVC,” he explained.

Speaking further the NCC boss also harped on the Commission’s seven interventions under the Advanced Digital Awareness Programme among others, stressing that all the interventions are in line with NCC’s equitable distribution of projects across all geo-political zones in the country.

In recognition of the need to continue to foster the rapid development and growth of the Nigerian telecommunications marketplace and digital economy, the Commission established the Digital Bridge Institute (DBI) in May 2004.

He noted, however, that since its creation, the Institute has grown to have six campuses, one in each geo-political zone.

These campuses, which are in Abuja, Kano, Lagos, Asaba and Yola have some of the best training facilities and faculties in the country and have provided various training to individuals and corporate organisations, thereby making the Institute an invaluable institution to digital literacy in Nigeria.