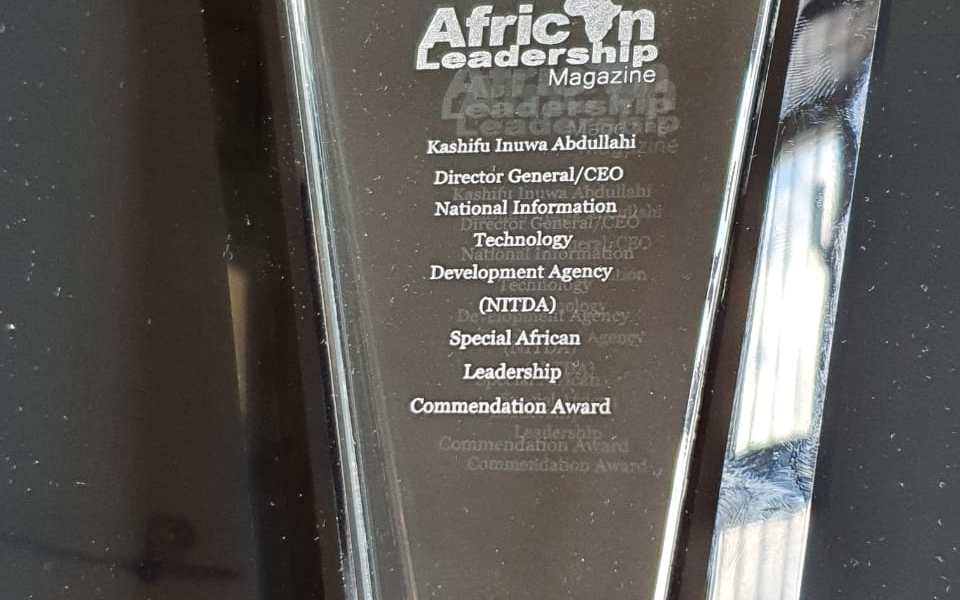 In recognition of his judicious leadership style and unprecedented achievements towards the implementation of the National Digital Economy Policy and Strategy (NDEPS) for a Digital Nigeria; Kashifu Inuwa, the Director General of the National Information Technology Development Agency (NITDA), was honored with the prestigious Special African Leadership Commendation Award of the African Leadership Organisation.

The Summit which took place on Monday, at the House of Lords, London, United Kingdom, was hosted by Lord Dollar Popat, a member of the UK House of Lords and the Prime Minister’s Trade Envoy to the Democratic Republic of Congo, Uganda, and Rwanda.

Inuwa was honoured with the award in recognition of his exceptional leadership achievements and contributions to Nigeria’s economy, his contributions to the growth of the Nigerian Information Technology (IT) sector and digital economy as well as his role in the unprecedented achievements recorded in the implementation of NDEPS.

During his acceptance speech, the NITDA boss who was represented by Dr Usman Gambo Abdullahi, Director, IT Infrastructure Solutions, said that he was very delighted to receive the award.

He stated that the award would inspire him to do more as it offers the next level of motivation which could have a profound impact on the Agency, IT sector, and society.

He added that the award is unique and historic in the sense that it is received in the oldest house of Parliament in the world and one of Britain’s important Institutions, the UK House of Lords.