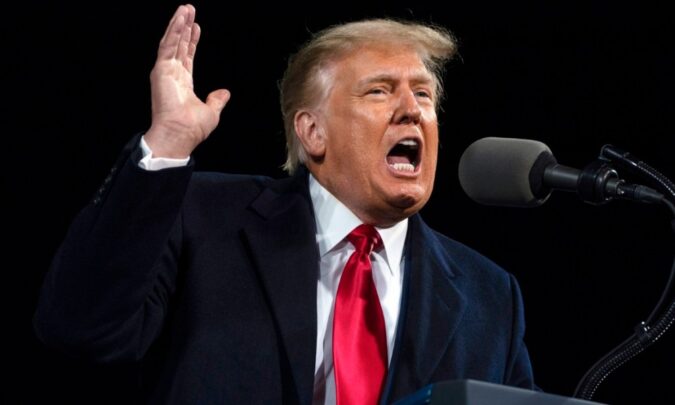 On Friday, former President Donald Trump praised the acquisition of Twitter by tech tycoon Elon Musk, saying he was glad the social media site was “finally in sane hands.”

The $44 billion purchase offer made by the richest man in the world was successful late on Thursday after months of rumors and uncertainty.

“I am very happy that Twitter is now in sane hands, and will no longer be run by Radical Left Lunatics and Maniacs that truly hate our country,” Trump said on his Truth Social platform.

Following the 2021 assault on the US Capitol that the Republican leader was accused of instigating, Tesla CEO Musk has said he will lift Trump’s Twitter ban.

But Trump made no mention of his intentions to return from his online confinement.

Since Musk is renowned for harassing other Twitter users, activists are frightened by the idea of Musk overseeing Twitter because they fear an increase in harassment and false information.

Far-right users celebrated the purchase, posting comments such as “masks don’t work” and other taunts, believing that moderation rules would now be relaxed.

“Twitter must now work hard to rid itself of all of the bots and fake accounts that have hurt it so badly. It will be much smaller, but better,” Trump said.