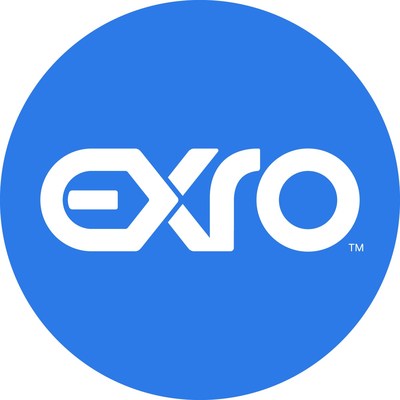 CALGARY, AB, Sept. 20, 2022 /CNW/ – Exro Technologies Inc. (TSX: EXRO) (OTCQB: EXROF) (the “Company” or “Exro“), a leading clean technology company that has developed new generation power control electronics that expand the capabilities of electric motors and batteries and bridge the cost-performance gap to accelerate adoption of a circular electrified economy, announced today that it has closed its previously announced non-brokered private placement (the “Offering“). Pursuant to the Offering, Exro sold 1,403,756 units (“Units“) at a price of $1.05 per Unit for aggregate gross proceeds of $1,473,945. Each Unit consists of one common share of the Company (each, a “Common Share“) and one share purchase warrant of the Company (each, a “Warrant“) entitling the holder thereof to acquire, subject to adjustment in certain circumstances, an additional Common Share at an exercise price of $1.36 for a period of 48 months following the closing of the Offering (the “Closing Date“), provided that if at any time after the Closing Date the closing price of the Common Shares on the Toronto Stock Exchange (the “TSX“), or such other stock exchange where the majority of the trading volume occurs, exceeds or is equal to $2.72 per Common Share (on a volume-weighted adjusted basis) for a period of twenty (20) consecutive trading days, the Company may, at its sole discretion, elect to accelerate the expiry date of the Warrants to the date that is 30 calendar days after the Company issues a news release announcing that it has exercised such acceleration right. The Warrants are governed by the terms of a warrant indenture dated September 20, 2022, between the Company and Computershare Trust Company of Canada, as warrant agent.

“With the closing of this private placement, and the agency agreement launched concurrently which closed on September 1st, Exro is capitalized to continue to our mission to innovate products that change how the world optimizes energy in e-mobility and stationary energy storage”, said Chief Executive Officer Sue Ozdemir. “We understand that these are very challenging markets. We are pleased to have the support to close at the high end of our ‘up to $10 million’ financing target, bringing in sufficient capital to see the company through a pipeline of catalysts we are intent on delivering for shareholders, while also keeping dilution to a minimum. Over the coming days, weeks, and months, our focus is to continue to provide visibility to shareholders through purchase orders, strategic partnerships, pilots, and product deliveries, on the underestimated scalability of our revenue ramp as we move into commercialization of our energy storage system in Q2 2023 and Coil DriverTM series production in Q3 2023.”

The Company intends to use the net proceeds from the Offering to support the Company’s growth plans through the development of key partnerships, R&D investments, manufacturing facilities, working capital and for general corporate purposes which advance Exro’s mission to deliver industry disruptive next-generation power control technology that bridges the cost-performance gap and accelerates the electrification transition in mobility and energy storage.

All securities issued pursuant to the Offering are subject to a four month hold period under applicable securities laws expiring on January 21, 2023.

Exro is a clean technology company pioneering intelligent control solutions in power electronics to help solve the most challenging problems in electrification. Exro has developed a new class of control technology that expands the capabilities of electric motors and batteries. Exro enables the application to achieve more with less energy consumed.

Exro’s advanced motor control technology, the Coil Driverᵀᴹ, expands the capabilities of electric powertrains by enabling intelligent optimization for efficient energy consumption. Exro is working with many partners from all over the world to bring their technology to the electric mobility industries and beyond.

This information is qualified in its entirety by cautionary statements and risk factor disclosure contained in filings made by the Company with the Canadian securities regulators, including the Company’s AIF, and financial statements and related MD&A for the financial year ended December 31, 2021 and the six month period ended June 30, 2022, filed with the securities regulatory authorities in certain provinces of Canada and available at www.sedar.com. Should one or more of these risks or uncertainties materialize, or should assumptions underlying the forward-looking information prove incorrect, actual results may vary materially from those described herein as intended, planned, anticipated, believed, estimated or expected. Although the Company has attempted to identify important risks, uncertainties and factors which could cause actual results to differ materially, there may be others that cause results not to be as anticipated, estimated or intended.

Neither the Toronto Stock Exchange, The Nasdaq Stock Market LLC nor the Investment Industry Regulatory Organization of Canada accepts responsibility for the adequacy or accuracy of this news release.