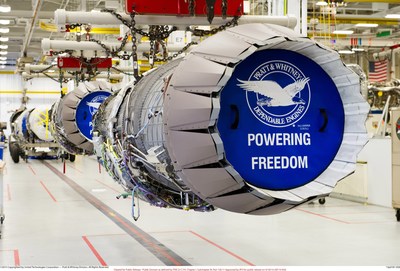 “If the services and our allies want Block 4 enabled F-35s before the end of the decade, the engine needs a core upgrade,” said Jen Latka, vice president of F135 programs at Pratt & Whitney. “Thanks to the support we’ve received from Congress, with leadership from Chairwoman DeLauro, the upgraded engine will be ready for fielding starting in 2028.”

Pratt & Whitney’s ECU is the only F-35 propulsion modernization option suitable for all F-35 variants. It will yield $40 billion in lifecycle cost savings by avoiding disruptive and costly air vehicle changes and leveraging the current sustainment infrastructure.

“Pratt & Whitney has reduced the cost of the F135 engine by 50% since production began, and the engine has performed at twice its original specifications for years. An upgrade is overdue,” said Rosa DeLauro, chair of the House Appropriations Committee. “We’re going to give the F-35 the capabilities it needs for billions less than a new engine. That’s a win for the warfighter and the taxpayer.”

About Pratt & Whitney
Pratt & Whitney is a world leader in the design, manufacture and service of aircraft and helicopter engines, and auxiliary power units. To learn more visit prattwhitney.com. To receive press releases and other news directly, please sign up here.