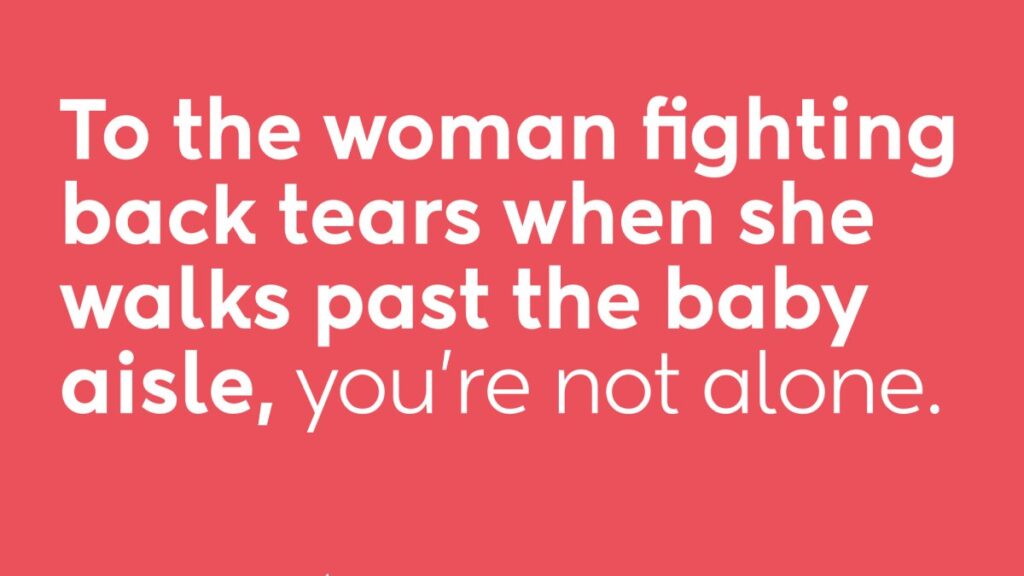 Mother’s Day can be hard. This campaign shows solidarity and compassion for people on the day.

Blinking back tears while you walk through the card aisle. Forcing a smile when your friend tells you she’s pregnant. Scrolling past endless Mother’s Day posts on Instagram and feeling the pain of each passing year. Quietly hitting the ‘opt-out’ button when asked if you’d prefer not to receive Mother’s Day emails.

These are the Mother’s Day stories we don’t share on social media.

A new campaign is breaking the stigma of unspoken Mother’s Day struggles in an effort to encourage solidarity and compassion around this time.

Women’s social network Peanut is behind the posters, which will appear across London, UK, from March 14 through to UK Mother’s Day on March 27.

The campaign was inspired by the real-life Mother’s Day experiences shared by Peanut’s community. Hundreds of women shared their stories of dealing with grief, loss, fertility issues, and the challenges of motherhood.

Some of the posters are aimed at mums who are finding motherhood challenging, who are experiencing prenatal or postpartum depression, and who are carrying the invisible load of parenting. 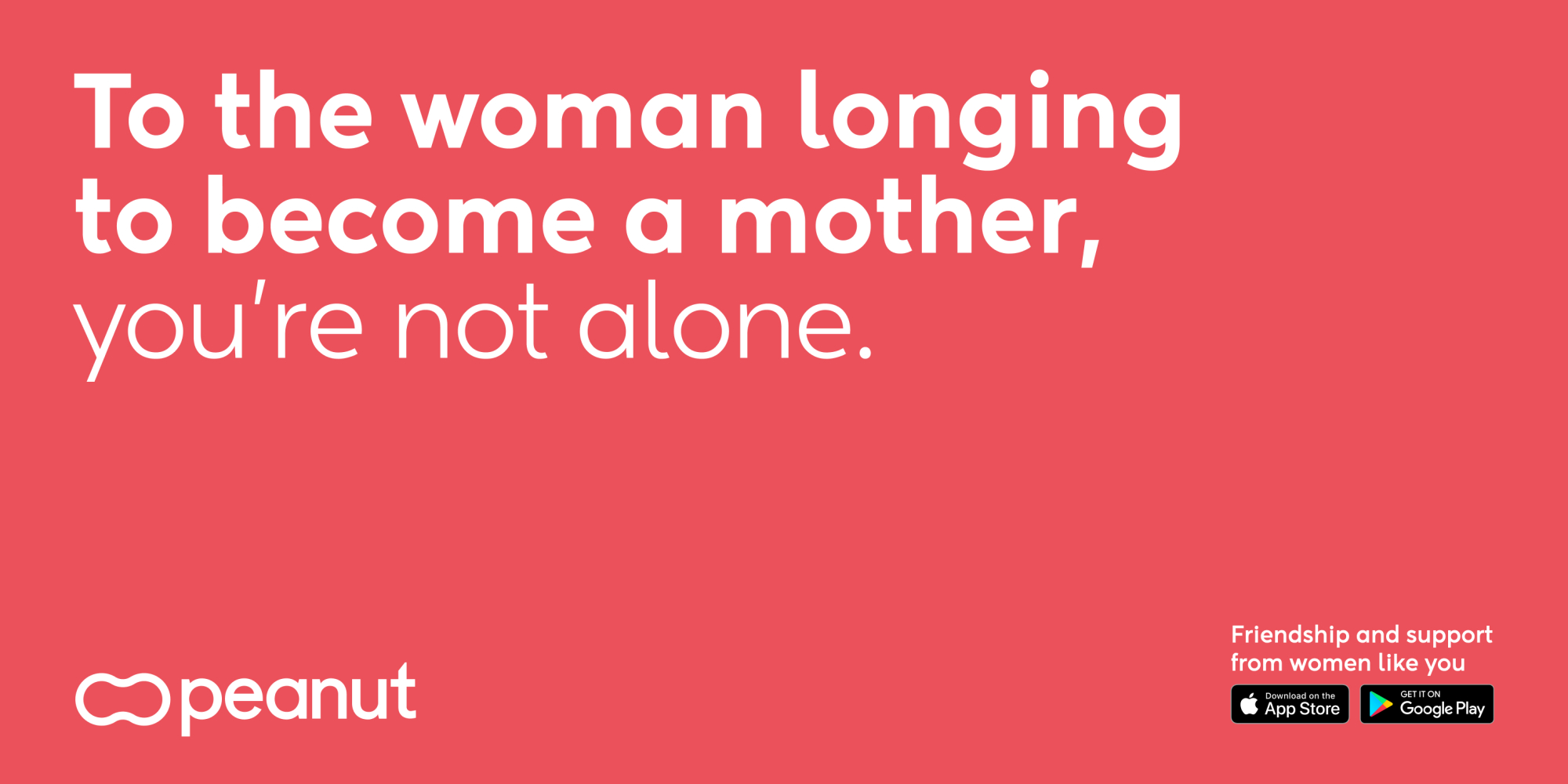 The posters are aimed at anyone who finds Mother’s Day triggering or upsetting — due to grief, or strained relationships with parents.

“I lost my mom a few years ago to cancer. Mother’s Day reminds me of all the times I missed her, especially when I had my own daughter and I was struggling with mental health and had no one to turn to. No one to talk to, no one to adore my little one. So it’s very hard, always,” Warda from London told Peanut.

Meet the online community for women going through menopause

Michelle Kennedy, Peanut’s founder and CEO, said in a statement that the campaign aims to shine a light on the struggles in women’s lives that carry a stigma and to help normalise conversations that can make people feel less alone.

“Absence of community during women’s life stages, such as fertility, pregnancy, motherhood and menopause, means that these topics have a social taboo leading to feelings of isolation, loneliness and depression,” said Kennedy. 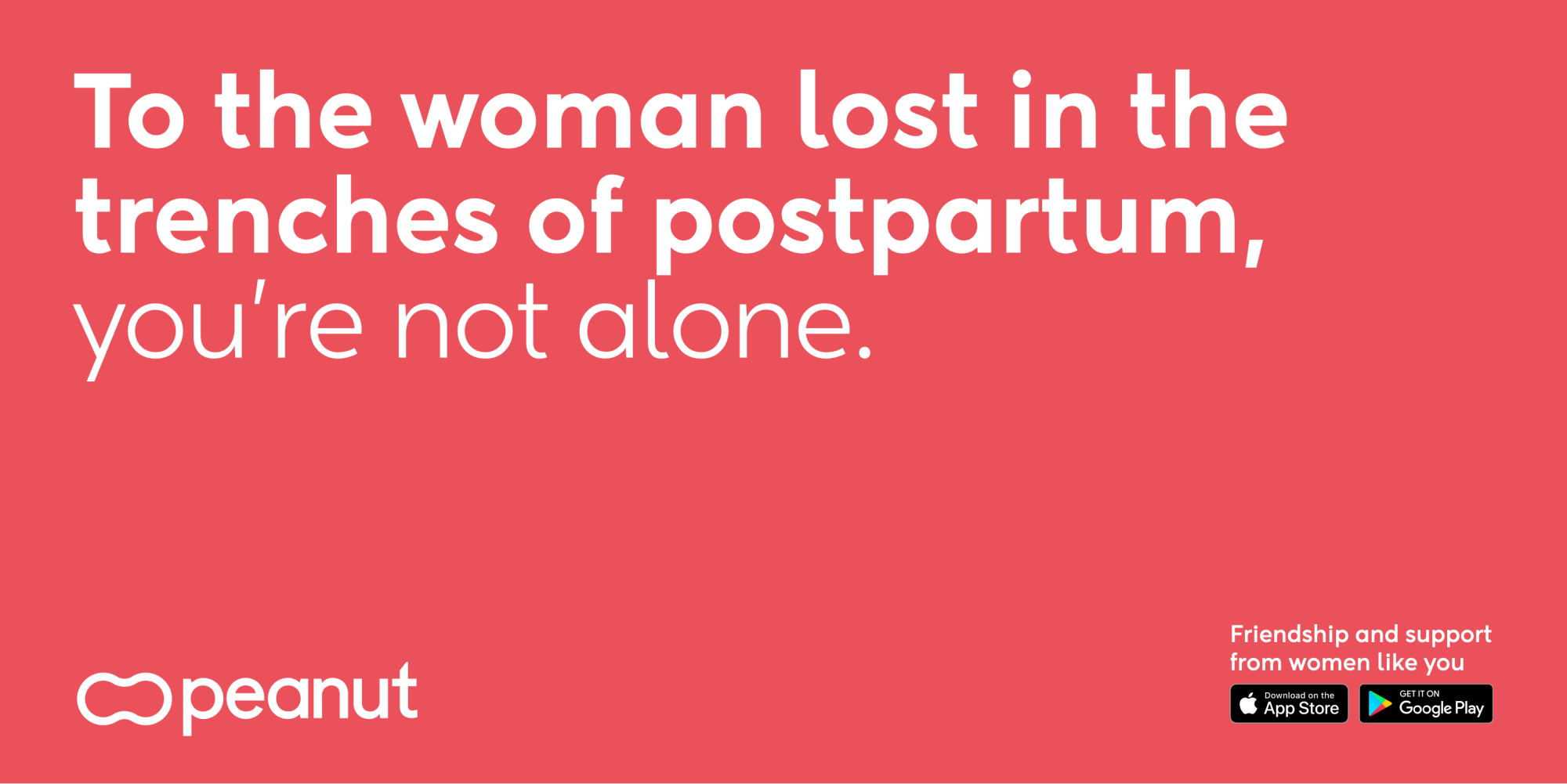 Some of the campaign posters speak to people who want children and are having difficulties conceiving or who have experienced baby loss.

Hollie from Plymouth, told Peanut: “When we were desperately trying to conceive I found it hard seeing pics of all the other mums with their babies celebrating the day, praying it would be me one day.” 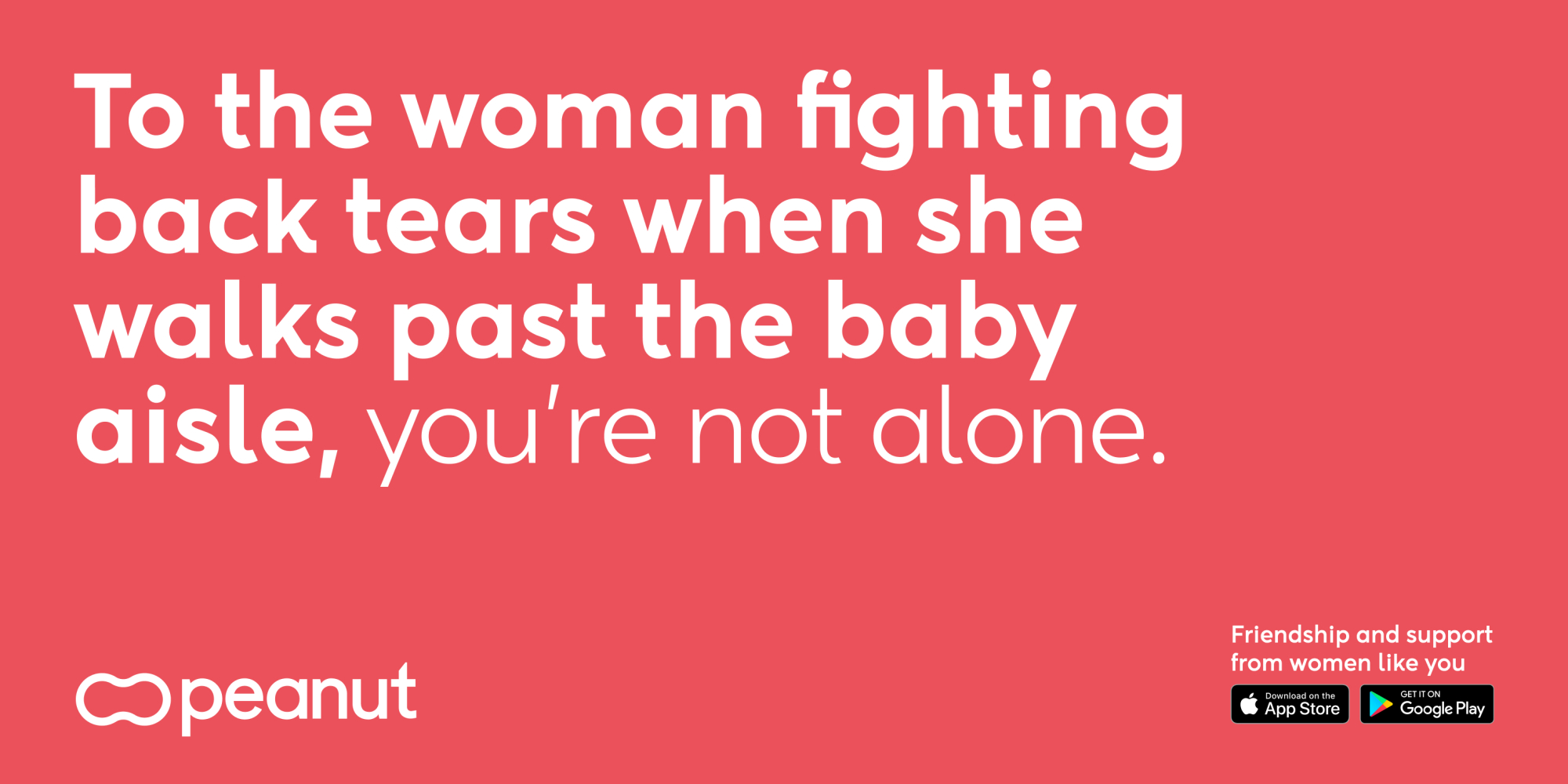 “Because I have lost seven children now through miscarriage, Mother’s Day reminds me how they aren’t here and something is missing. I have two living children and they are my world, but it doesn’t stop me thinking about the ones I have lost,” Anne-Marie from Tunbridge Wells told Peanut.

The other campaign posters include the following lines:

As Peanut founder Kennedy said, “No one should have to suffer in silence, especially on Mother’s Day.”