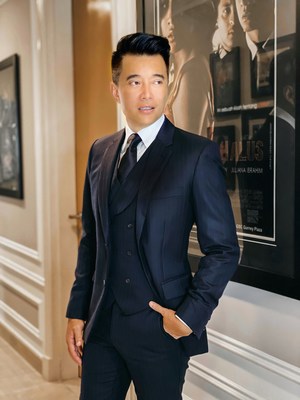 SINGAPORE, Jan. 31, 2022 /PRNewswire/ — NewX Energy, a new-age energy Indonesian company based in Singapore, is leading the way in the energy space by being the first company of its kind to release a series of Non-Fungible Tokens (NFT) collections to consumers.

NFTs have garnered significant attention as one of the most exciting and transformative technology innovations. In support of this trend, NewX Energy is taking a brave move by stepping into the untapped potential of NFT and the Metaverse world.

“At NewX Energy, we look to revolutionize the way power is transacted and managed. To realise this vision, our approach is to provide sustainable, affordable energy to the everyday consumer, especially since most of us will soon be involved in the digital transformation one way or another.

“In the spirit of this transformation, the introduction of our NFT collections is our invitation to those who envision a digital future to join us. As NFT is a tool to signify digital ownership, we seek to invite those who are invested in the future to own a part of NewX Energy in the metaverse. Owning our collection will not only provide NewX rewards to the investors, but also great concession privileges as well as joining a great community of people who are invested in the future,” said Christien New, Chairman and Founder of NewX Energy.

The NFTs will be introduced as NewX NFT, offering unique digital segments that are purchasable through the world’s largest NFT marketplace, OpenSea. Purchasing NewX NFT will allow owners to be involved in NewX Energy’s metaverse – a world where the provision of energy is efficient, affordable, and revolutionary. Holding a NewX NFT will also reward owners in the accumulation of NewX ‘NewNits, which, similar to dividends, have several benefits. One of the major benefits of these tokens is the ability to pay or offset all electricity bills supplied by NewX Energy amongst other benefits yet to be revealed.

To further incentivise investors, the price of a NewX NFT will increase by a minimum of 1% with every purchase. This will ensure that each NewX NFT will always increase in value.

Currently, NewX Energy is also involved in the development of an energy farm that will be able to produce clean and efficient energy. By working together with their sister company, PT Bintan Power Plant (PTBPP) for infrastructure support, NewX Energy will bring their expertise on Big Data analytics and the Internet of Things (IoT) to create a way for the company to be self-sufficient and support any energy demands, all at an affordable cost. Combined with their efforts to venture into the digital metaverse, NewX Energy is leading the way for other energy companies in the Asia-Pacific region.

To provide consumers the unique opportunity to own digital assets affordably, NewX Energy unveiled an introductory price of USD 300, available throughout the pre-sale period. “Staying true to our intention, the pre-sale price is inversely proportionate to the value of NewX NFT. Post this period, the price by valuation should start from USD10,000 for each NewX NFT – making digital ownership possible for all,” he added. The NewX NFT will soon be released on OpenSea on February 2.

Founded in 2018, NewX Energy looks to disrupt the way power is sold and transacted – transforming energy supply by developing their own delivery system by utilising IoT technology, artificial intelligence, and Big Data centers. By working with BPP, NewX Energy is providing over 120 million users affordable, efficient and sustainable electricity throughout Southeast Asia.

As a challenger to the current energy model, NewX Energy is currently developing a proprietary blockchain system. Through the release of their NFT collection, tokens (NewNit Token) and wallet (NewX Pay), they are looking to revolutionise the electricity industry. Their grand vision is to create their own Energy Digital Exchange where people can be more involved in electricity trading.