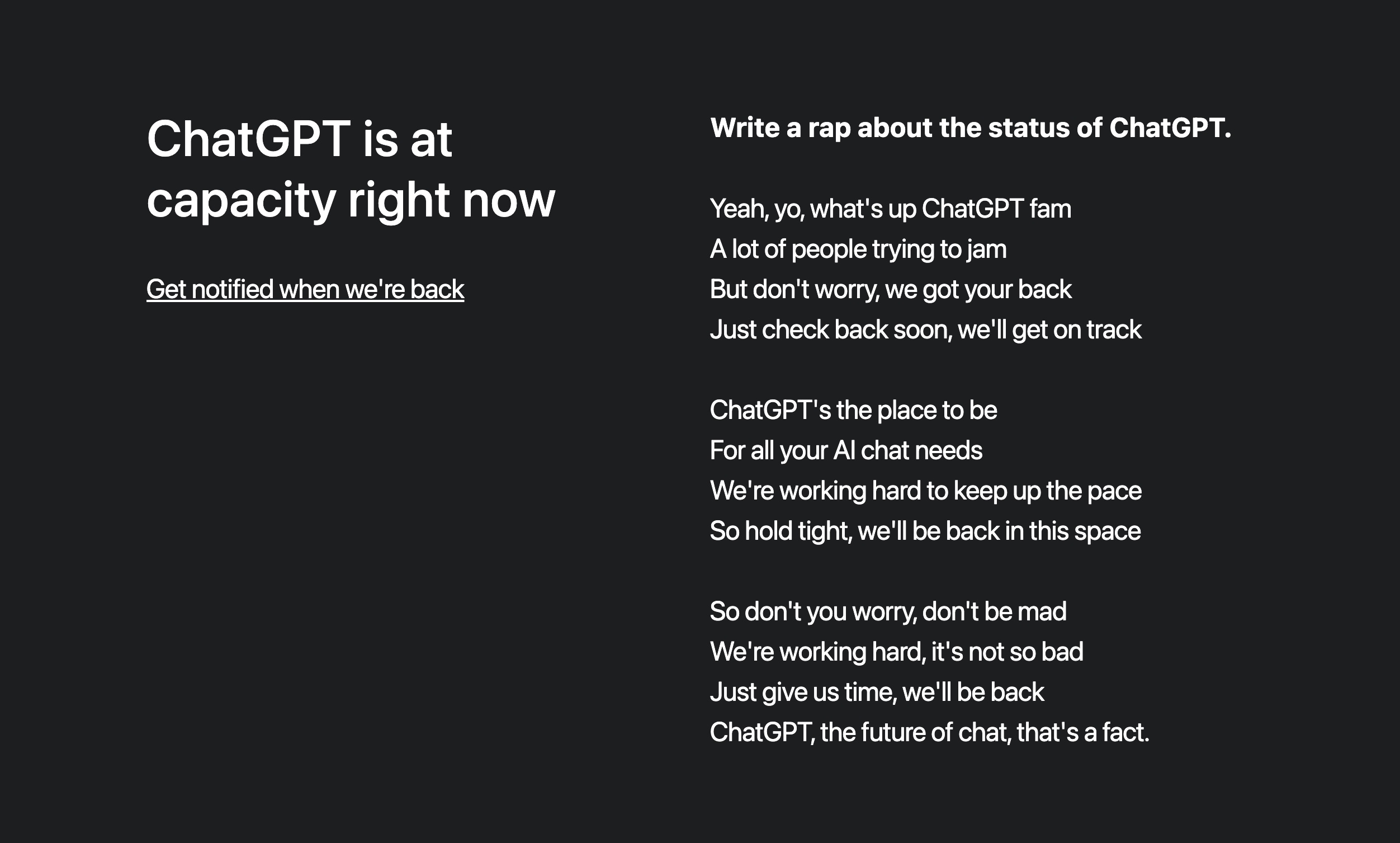 OpenAI has opened a waitlist for access to a paid version of ChatGPT that features additional improvements.

The company has, so far, been reluctant to make premium accounts for ChatGPT—despite OpenAI reportedly spending millions of dollars a month to keep it free.

OpenAI says that it doesn’t plan on making paid “pro” accounts generally available in the foreseeable future. However, the waitlist for such an experimental version shows what kind of enhancements paying users could expect.

Users of ‘ChatGPT Professional’ will always be able to access the service. With the free service over capacity almost constantly, that alone could be worth the price of admission.

ChatGPT Professional will provide “at least” twice the daily number of answers compared to the free version, and it will offer “fast responses” without throttling.

“We’re starting to think about how to monetize ChatGPT (early thinking, nothing official to share yet),” the company wrote in a Discord message.

“Our goal is to continue improving and maintaining the service, and monetization is one way we’re considering to ensure its long-term viability. We’re interested in chatting with some folks for ~15 min to get some early feedback.”

Anyone can join the waitlist. Interested parties will need to answer questions about how they plan to use ChatGPT and what price they think is fair.

Earlier this week, it was reported that Microsoft is seeking to invest an additional $10 billion in OpenAI. Redmond already splashed $1 billion on OpenAI in 2019 as part of an exclusive computing partnership “to build new Azure AI supercomputing technologies”.

A year later, Microsoft teamed up with OpenAI to exclusively license GPT-3. Last week, it emerged that Microsoft and OpenAI are set to use ChatGPT to enhance Bing and bring some real competition to Google’s search dominance.

While it doesn’t appear like OpenAI will be strapped for cash anytime soon with Microsoft’s backing, it’s understandable the company is exploring how it can monetise ChatGPT.