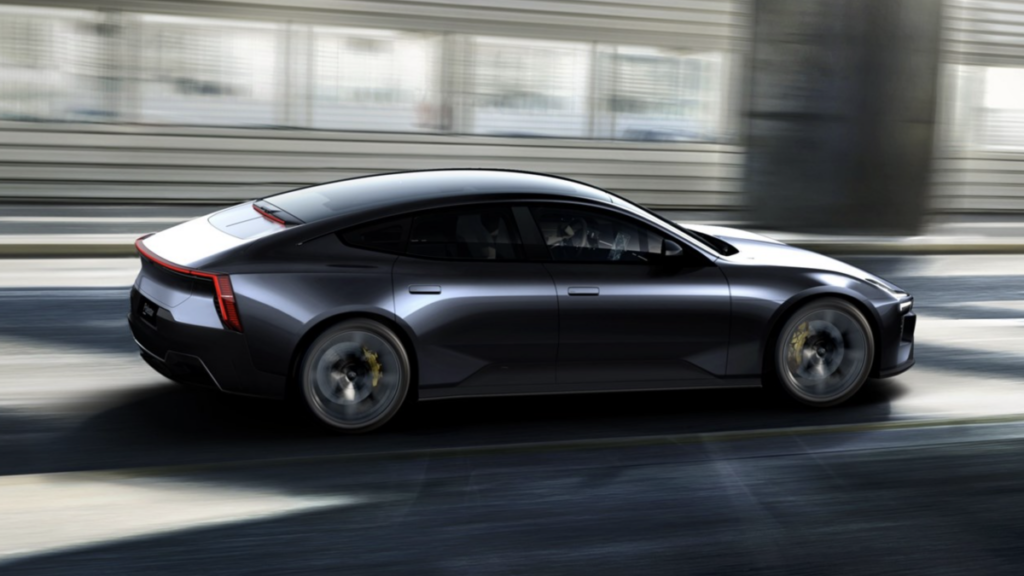 Polestar 5 electric sedan looks like it can go really fast

Polestar unveiled the name together with a new video in its series that shows how the Precept concept is evolving to become the final product. The company didn’t share any new specs about the Polestar 5, but it did give us a launch window: sometime in 2024.

The Polestar 5 is a muscular four-door sedan, which looks like it was built for speed. The company calls it its “manifesto car” and says it embodies Polestar’s “key competencies of design, sustainability, technology and performance.”

The new video, the third instalment in the series, focuses on the car’s exterior design, including the car’s aggressively styled “shark nose,” as well as the “aeroblade” light on the rear end.

Everything you need to know before buying an electric car

The Polestar 5 is not the company’s next car to launch, however. That honor belongs to the Polestar 3 electric SUV, which is slated to hit the market in 2022. We don’t have full specs or even the final design of that car, either, but we do know it will be built in the U.S. and offered in two- or four-wheel drive configurations.

The company’s first car to launch was the limited edition performance hybrid Polestar 1 in 2019, followed by the Polestar 2 electric sedan in 2020.