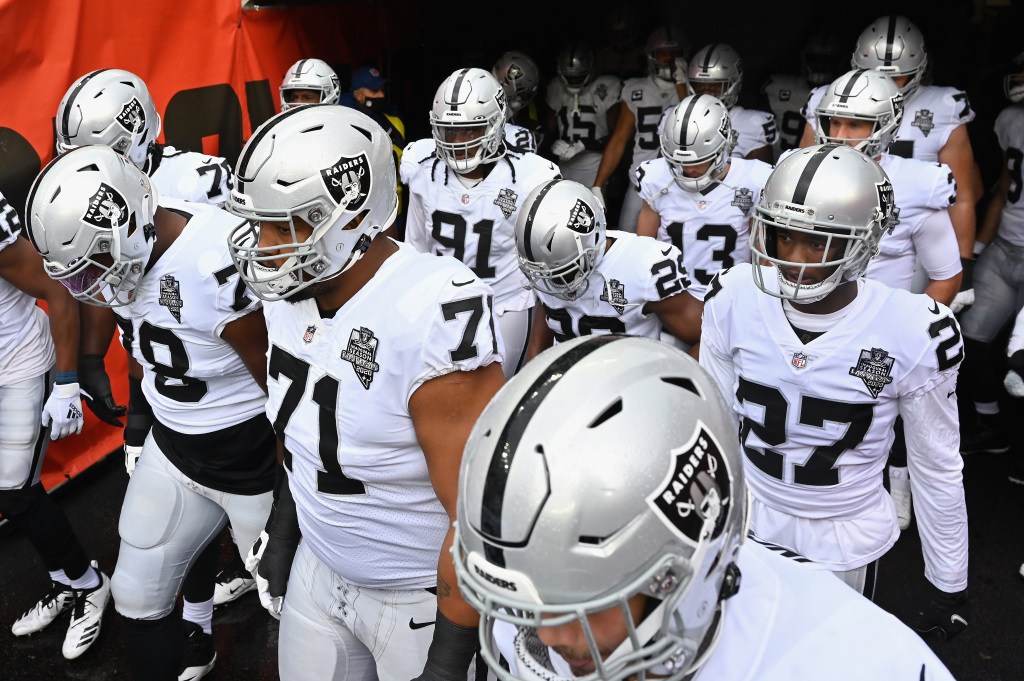 At the behest of the NFL Player’s Association, the Raiders voted Thursday go “virtual” again when it comes to the offseason. That means teaching and organized team activities and the like will be done via “Zoom” video conference rather than in-person.

It surely comes as a disappointment to coach Jon Gruden and general manager Mike Mayock — as well as other coaches and G.M.’s throughout the league — who were hoping for something approaching normalcy.

The Raiders did, however, make sure to leave some wiggle room for players who have sizeable in-person workout bonuses tied to their contracts.

Offseason programs can begin on Monday.

The statement issued through the NFLPA was as follows:

“We have come together as a team to discuss the important issues related to our health and safety. We know the devastating impact COVID-19 has had on our membership, our families and our home city of Las Vegas this past year, and we continue to feel for everyone in our community and our country which has been impacted by the coronavirus.

“Given the data and the facts shared by our union about reduced injuries and other health benefits of the virtual offseason last year, players from our team will not participate in a voluntary offseason workout program. We respect those players on our team and across the NFL who have contractual incentives linked to their participation in the program, but we stand in solidarity with our fellow players who are making the best decision on behalf of themselves and their families.”

A statement from the Las Vegas Raiders players: pic.twitter.com/OUQqvsphGp

The Raiders have nine players with more than $1.8 million in contractual incentives tied to the workout program, the seventh highest figure in the league according to overthecap.com.

Presumably those players can attend workouts with no hard feelings from their union brothers, who have nothing at stake monetarily.

The Raiders have already had players at the facility workout in accordance with NFL offseason guidelines, and Carr has worked out with players with no coaches present at local fields in the Las Vegas area.

Other teams that have issued releases through the union supporting the boycott include Tampa Bay, Detroit, Cleveland, the New York Giants, New England, Denver, Chicago and Seattle.

Some teams, such as Detroit and Tampa Bay, don’t have a single player with workout bonuses in their contract.

The language in the New England statement suggested not all players would comply.

Included in the statement is the line “in the interest of our health an safety, many of us at the New England Patriots will be exercising our right not to attend voluntary workouts this season.”