Report: Woman admits to drowning her 3 young children in Reseda 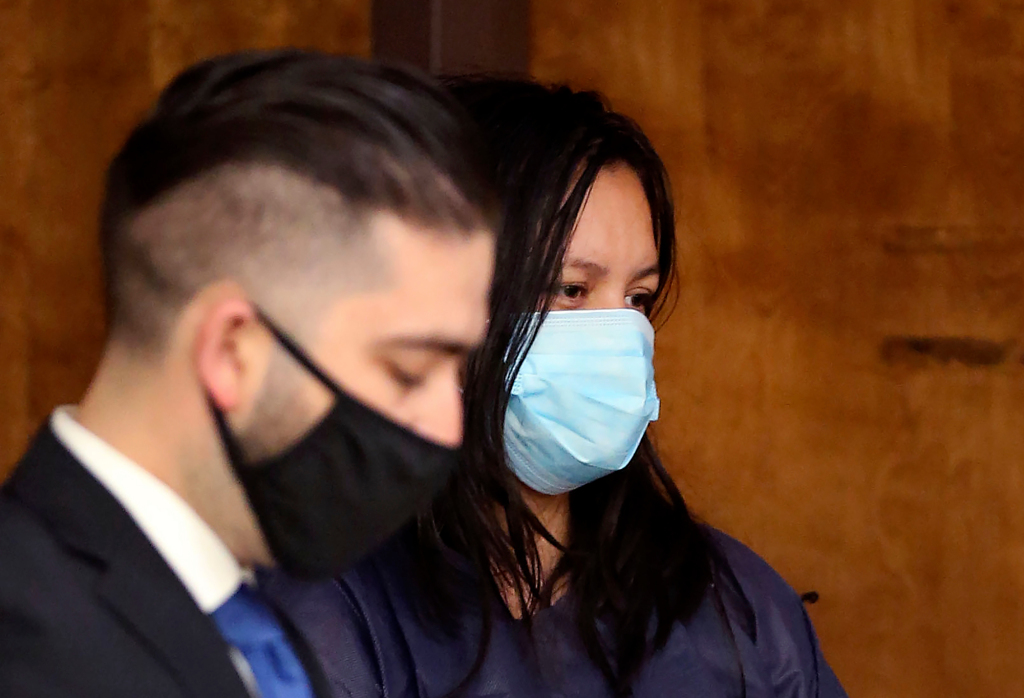 The woman suspected in the deaths of her three young children in Reseda admitted to the killings, telling a reporter in a filmed TV news interview from a Kern County jail that she drowned them.

Liliana Carrillo, 30, is being held at the Kern County jail after authorities in Tulare County arrested her for an alleged carjacking she committed as she fled north from Los Angeles on Saturday April 3. That morning, the children were found dead by their grandmother at their Reseda apartment.

“I drowned them,” Carrillo said during the jailhouse interview with KGET, a local NBC affiliate in Bakersfield.

When asked by a KGET reporter why she killed her children, she said she did not “want them to be further abused.”

Court documents show Carrillo was in a custody dispute over the children — Joanna, 3; Terry, 2; and Sierra, 6 months — with their father Erik Denton, who lives in Porterville.

On March 12, Carrillo was granted a temporary restraining order for her and her children through the Los Angeles County courts, barring Denton from harassing, threatening or violent behavior.

However, Denton wrote in an emergency order to gain custody of the children that Carrillo’s mental condition began to deteriorate after Terry’s birth, when she showed signs of postpartum depression.

“I wish my kids were alive, yes,” Carrillo said in the KGET interview, responding to a question about whether she had any regrets over the killings. “Do I wish that I didn’t have to do that, yes, but I prefer them not being tortured and abused on a regular basis for the rest of their life.”

Earlier in the interview, Carrillo alleged her husband and friends had “basically told me throughout my relationship what would happen, and everything was happening just as they were saying it, and so I wasn’t about to hand my children off to be further abused.”

In response to a question to clarify that she had killed her children, Carrillo told KGET, “I did.”

Gabriela Gómez-Naranjo, godmother to one of the slain children, said she was in tears after watching Carillo’s confession, but forced herself to watch it again.

“I had to wrap my mind around it,” she said. “That’s not an excuse to do that to your children. It doesn’t make sense.”

Gómez-Naranjo said she had never suspected that Carillo or her children were being abused during the four years she has known her. They appeared to be a close family.

Carrillo seemed to be a typical doting mother, until Terry was born, Gómez-Naranjo said. Following that second  pregnancy, she started to make numerous social media posts stating she was experiencing postpartum depression and seemed “tired all the time,” Gómez-Naranjo said.

Denton said he quit his job in December 2019 to care for the children as Carrillo repeatedly expressed regret for having the kids and said she wanted to kill herself, according to court records.

“Her condition has worsened,” Denton wrote. “She is not taking care of herself and has lost touch with reality. She is extremely paranoid and acts impulsively and erratically.”

Carrillo said she believed she was responsible for the COVID-19 pandemic and that Porterville is a “giant sex trafficking ring.” She accused Denton of being a part of a pedophile ring and said he was allowing them to molest their three-year-old daughter, Denton wrote. She feared that she was being followed, according to court records, and said she wanted to take the children and flee to Mexico to be with family there.

Denton also has said in media interviews that he alerted social workers with the Los Angeles County Department of Child and Family Services that Carrillo posed a danger to her children and herself, but nothing was done. DCFS officials have declined to comment.

Carrillo has not yet been charged in any of the L.A. County killings, but appeared in a Kern County court on Wednesday, where she pleaded not guilty to one count of carjacking, one count of attempted carjacking and two counts of auto theft.

Carrillo was driving north through Bakersfield on Saturday when she crashed her car, then carjacked a good Samaritan who attempted to help her, authorities said. Moments later, she attempted to carjack a Ford F-150 pickup, according to the Kern County Sheriff’s Department.

She was found in Ponderosa, a small city in Tulare County on Saturday and booked in a Kern County jail.