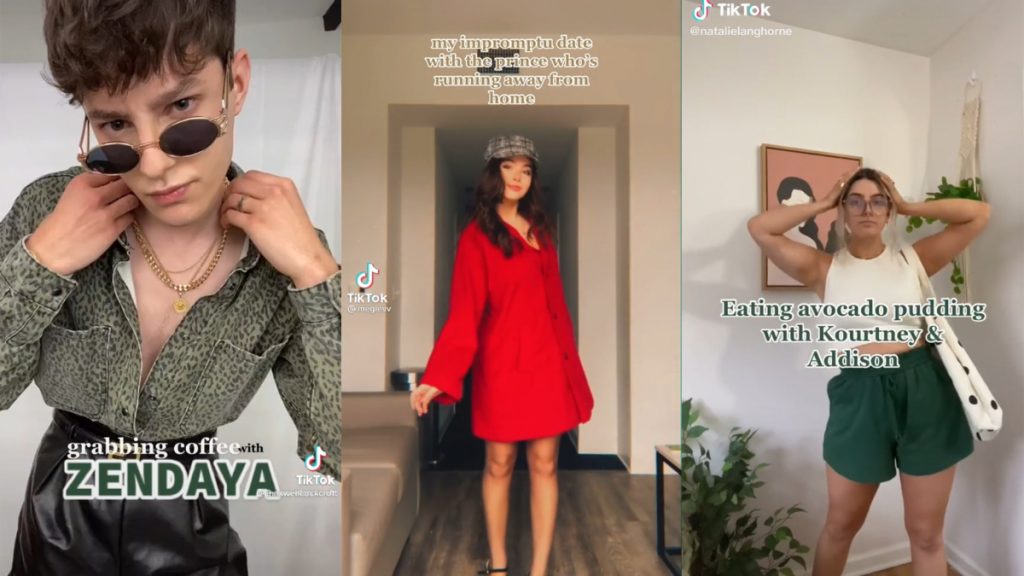 TikTok’s fantasy fashion trend is like a modern day Polyvore

Most trends on TikTok can be traced back to an earlier era of the internet and “outfits I would wear to very specific events” is no exception.

Usually TikTok reminds me of Tumblr during its glory days because of the oversharing and commitment to certain aesthetics, but the trend “outfits I would wear to very specific events” is reminding me of a website I had previously erased from my memory, Polyvore.

For those of you who didn’t spend a ridiculous amount of time growing upon the internet in the 2000s, Polyvore is a now-extinct website where you could build and post outfit collages called “sets” from a product index on the site. Anyone could add products to the product index, so there was a huge range of clothing to choose from when making an outfit. But what separates Polyvore from most other websites from a different internet era, is that it simply doesn’t exist anymore and cannot be accessed. My Blair Waldorf-inspired outfits are lost forever.

Polyvore was founded in 2007 and by 2015 it had amassed over 20 million users. Yahoo purchased the site in 2015 for a reported $200 million, and it was eventually sold to fashion retailer Ssense in 2018, and erased from the internet. My knowledge of Polyvore is based off hazy memories of me sitting at the desktop computer in the living room of my childhood home and the Polyvore crumbs in my Gmail inbox. Like this email I sent on February 25, 2013:

At age 13 I was asking the real questions.
Credit: Screenshot: gmail

Outfits on Polyvore became a part of fan culture. One of the main uses of Polyvore was creating outfits for dates with celebrity crushes or fictional characters. These outfits were often linked in fanfiction on websites like Wattpad, so you could really visualize what the characters were wearing.

The trend that reminds me of Polyvore, “outfits I would wear to extremely specific events” was popularized by TikTok user andoej in March of this year. For this trend, users post outfits they would wear to, well very specific events primarily with celebrities like watching the sunset at the beach with Taylor Swift, picnicking with Harry Styles, or flying on a private jet plane with Ariana Grande.

Here are two examples of the trend. On the left is TikTok user andoej dressed to take pictures with Emma Chamberlain. That video also features an outfit for “successfully crashing Bella & Gigi Hadid’s yacht party.” On the right TikTok user caroline_tuckerr shows off her outfit to make actor Timothee Chalamet fall in love with her. Her video also includes an outfit for “grabbing coffee with Taylor Swift and convincing her to have a folklore fest,” and “working on our #hottiebootcamp with megan thee stallion.” caroline_tuckerrr cites andoej as her inspiration for this video in her caption and the video has over 10,000 likes and over 27,000 views.

These videos elicit a full body cringe from me. They remind me of those Polyvore outfit sets from my youth which were also designed for events with celebrities, like going to Starbucks with Niall Horan. That outfit would most likely consist of a white tank top, a flannel, black skinny jeans, nerd glasses, combat boots, and a Frappuccino as an accessory.

Another outfit set on Polyvore might be titled “Meeting Justin Bieber backstage on tour” and would feature a mint green bow, a Peter Pan green tank top, skater skirt, paired with oxfords and of course, a messy bun. When posted on Polyvore, each item of clothing and accessory would be floating in space on a white background which added to the distinct Polyvore look.

I will say this next iteration of Polyvore-esque outfits on TikTok are a lot cuter.

I texted my childhood friend, Polyvore enthusiast, and receiver of the aforementioned email, Cora Shapiro, and asked her what she remembers about the website. “I remember loving being able to look at the outfit inspo other people would post and then making my own aesthetic. It was really relaxing for some reason and there’s the rush when people view your outfit sets and you get more followers. I do the same thing now, but on Pinterest,” said Shapiro, 22.

The persistence of this trend signals its value. Fashion is aspirational and a form of self creation. Young people use celebrities and characters they are fans of as a way to define themselves, so it only makes sense that fashion and fan culture are intrinsically linked.

Maybe the historians are correct. If we delete websites off the internet, we are destined to repeat them. That’s the saying, right?

I wonder what ghost of the internet will show up next on TikTok…perhaps something reminiscent of WeHeartIt.