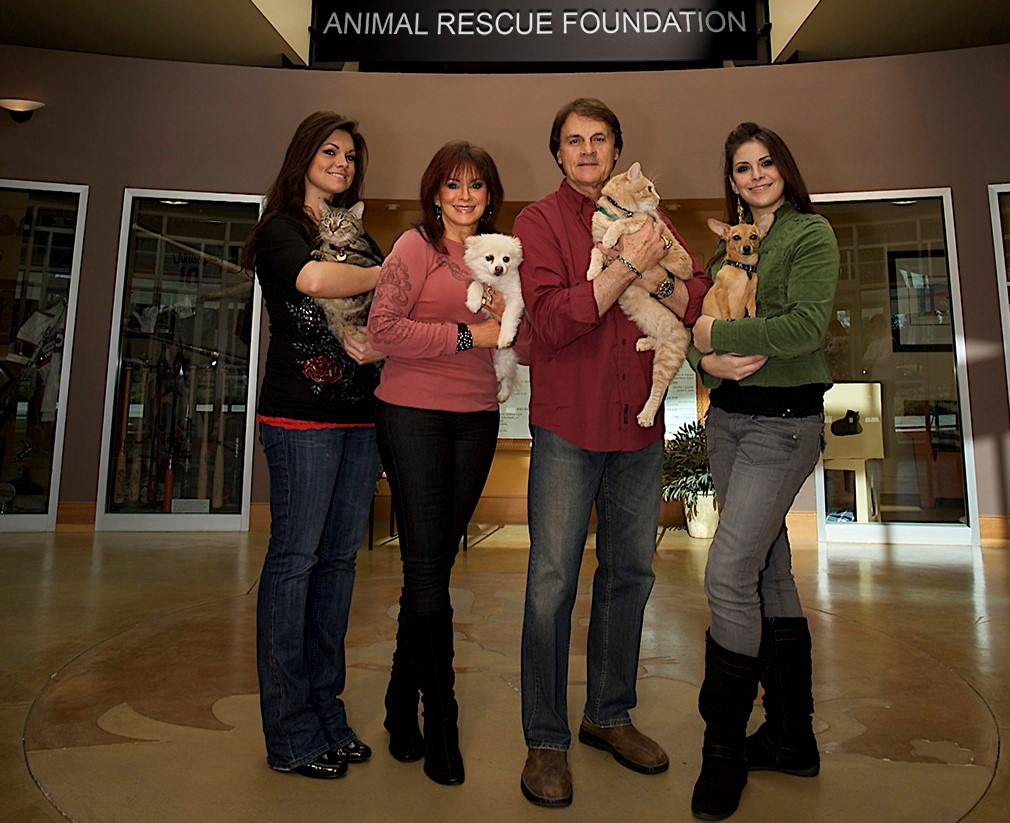 WALNUT CREEK — Tony La Russa and his family said Tuesday they felt they had no choice but to step away from representing the Animal Rescue Foundation, after they said that those running the venerable nonprofit’s day-to-day operations failed to thoroughly investigate a growing number of employee complaints about a harmful work environment.

A statement issued Tuesday by the La Russa family described Tony La Russa’s decision to resign on March 15 as the long-time chair of the board of directors of the organization he co-founded. The statement said that the baseball legend’s decision “was rooted in dissatisfaction with certain board actions and internal turmoil over the past year.”

To the family, that dissatisfaction also included concerns that executive director Elena Bicker was not sufficiently investigated for any role she played in perpetuating what employees have called a “toxic” and abusive work culture. The family also expressed dismay that long-time board president Greg McCoy appeared unwilling to initially share details of an independent internal investigation into employees’ complaints.

Elaine La Russa, Tony La Russa’s wife and ARF co-founder, and Bianca La Russa, his daughter, also served on the board of directors until announcing their resignation on Saturday. In a social media post, they said they had concluded that they could not “support or participate in ARF’s current leadership.”

The news that the former Oakland A’s manager and his family no longer want to be involved in his eponymous organization left the Bay Area nonprofit world stunned — but it also comes as employees have begun to take legal action.

Orinda attorney Mark Venardi said his firm represents four employees, including ARF’s former human resources manager, who allege that “those in charge started to run the organization like a personal fiefdom at the expense of its loyal and dedicated employees.” The human resources manager filed a lawsuit in December, alleging she was wrongfully terminated for insisting on a “full, complete and fair investigation” of complaints made by dozens of current and past employees, Venardi said.

The La Russa family noted that an independent investigation conducted last summer led to personnel action being taken against a few high-level staff. But the family said they couldn’t understand why no action was taken against Bicker.

According to complaints shared by employees and viewed by this news organization, Bicker allegedly engaged in disparaging and retaliatory actions herself. She has been executive director since 2006 and earned $344,000 in annual salary and other compensation in fiscal year 2018-19.

“Specific complaints against Ms. Bicker were not investigated; as a result, the board received more staff complaints,” the family’s statement said. The family also expressed concerns that McCoy seemed unwilling to expand the scope of the investigation to include the complaints made against Bicker, when a partial investigation “is paramount to shielding any individual from scrutiny.”

“Mr. McCoy has refused to do so, stating that he considers it complete,” the La Russa family statement said.

Bicker did not respond to a request for comment, while a spokesperson for ARF said Monday that the organization denies the toxic and abusive workplace allegations and “will not comment further on pending litigation.”

McCoy said in an email Tuesday that the board took personnel action against staff that was “consistent with the independent investigator’s report.” He also disputed the claim that he withheld any part of the investigation, saying it was provided first to the board’s executive committee and then went to the full board.

Referring to the complaints against Bicker, McCoy said the board concluded that no further investigation was appropriate “based on the allegations made.” As for Tony La Russa’s resignation, McCoy insisted that it has “not yet been accepted by the board or by me as president.” McCoy added that “discussion of (La Russa’s) future role with ARF is continuing.”

La Russa, who left retirement in October to manage the Chicago White Sox, founded ARF in the early 1990s and helped build the organization into a well-regarded Bay Area animal welfare organization and mainstay of the region’s nonprofit community.

ARF is beloved in the East Bay community for its work in rescuing dogs and cats who are at risk of being euthanized at public shelters. With its staff and volunteers, it works to find these animals permanent, loving homes. Other ARF programs provide companion animals for military veterans with PTSD and free or low-cost spay and neuter services and veterinary care to people in need.

But like other nonprofits, ARF was impacted by the COVID-19 pandemic. It had to “scale back operations” and reduce staff, according to Thompson. Former employees said that up to a third of ARF’s staff of 100 were suddenly let go in March 2020.

In their statement, the La Russa family emphasized that their resignations are “in no way” related to animal care provided at ARF.

“We believe that the staff directly involved in caring for the animals are devoted to their well-being,” the family said.

The family explained that they spoke up about their resignations, hoping it will encourage other board members to speak up and vote to make changes in line with “what is best for ARF.”

Their statement also leaves open the possibility that they would return to ARF if changes are made. One change they said they would like to see is in board leadership. They noted that McCoy, a Danville attorney, had served in that position for 30 years. He oversees its day-to-day operations and has “a high degree of control,” they said.

“For many reasons, we feel that this static leadership no longer serves ARF’s best interests,” the family said. “We believe that amending ARF’s bylaws to include reasonable term limits for the president is required for the health of the organization.”

McCoy replied to these concerns by saying that the term limits for his position are established by the board. The board “may change that at any time a board majority chooses to do so.”