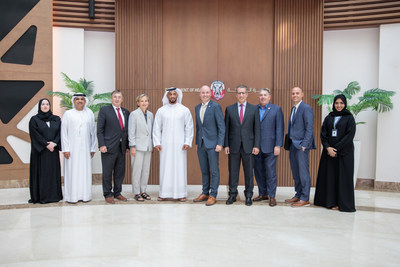 “The UAE is demonstrating through action that our country is open for business,” said UAE Minister of Economy Abdullah Bin Touq. “In less than a year, we concluded successful Comprehensive Economic Partnership Agreements with India, Israel, Indonesia, and Colombia. These trade deals will expand our country’s GDP, lead to an increase of UAE exports to new markets, and create meaningful new job opportunities. The UAE Government is committed to our comprehensive economic growth plan.”

Minister Bin Touq noted that foreign trade in the UAE expanded by 27% during 2021 compared to 2020, and about 11% compared to pre-pandemic 2019 levels. The UAE economy is one of the most diversified in the Middle East, with national non-oil exports recording a growth of 47.3% over the pre-pandemic average.

In 2021, UAE-US bilateral trade totaled $23.03B, with the US exporting more than $17B of goods and services to the UAE – a 16% increase from 2020. The resulting $11.13B trade surplus for the US is America’s sixth largest trade surplus globally. The trade relationship reflects the success of the UAE’s increasingly diverse economy, with non-oil sectors accounting for 70% of the UAE’s GDP.

Top categories of US exports in 2020 included: Electronics, nuclear materials, passenger vehicles, and aircraft and spacecraft. The UAE trades with all 50 US states. Trade with the UAE supports 123,000-plus American jobs, strengthening the importance of the continued bilateral trade relationship.

Before returning to the UAE, Minister Bin Touq traveled to Boston, Massachusetts where he met leading academics at the world-renowned Harvard Business School and Harvard Kennedy School of Government, including Dean Douglas Elmendorf. The visit to Harvard included a public lecture about the future economic potential in the Middle East. Minister Bin Touq concluded his visit by meeting Emirati and American students at Harvard, where he discussed the UAE Government’s priority of attracting world class talent to the Emirates. 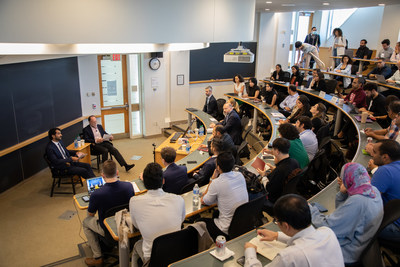