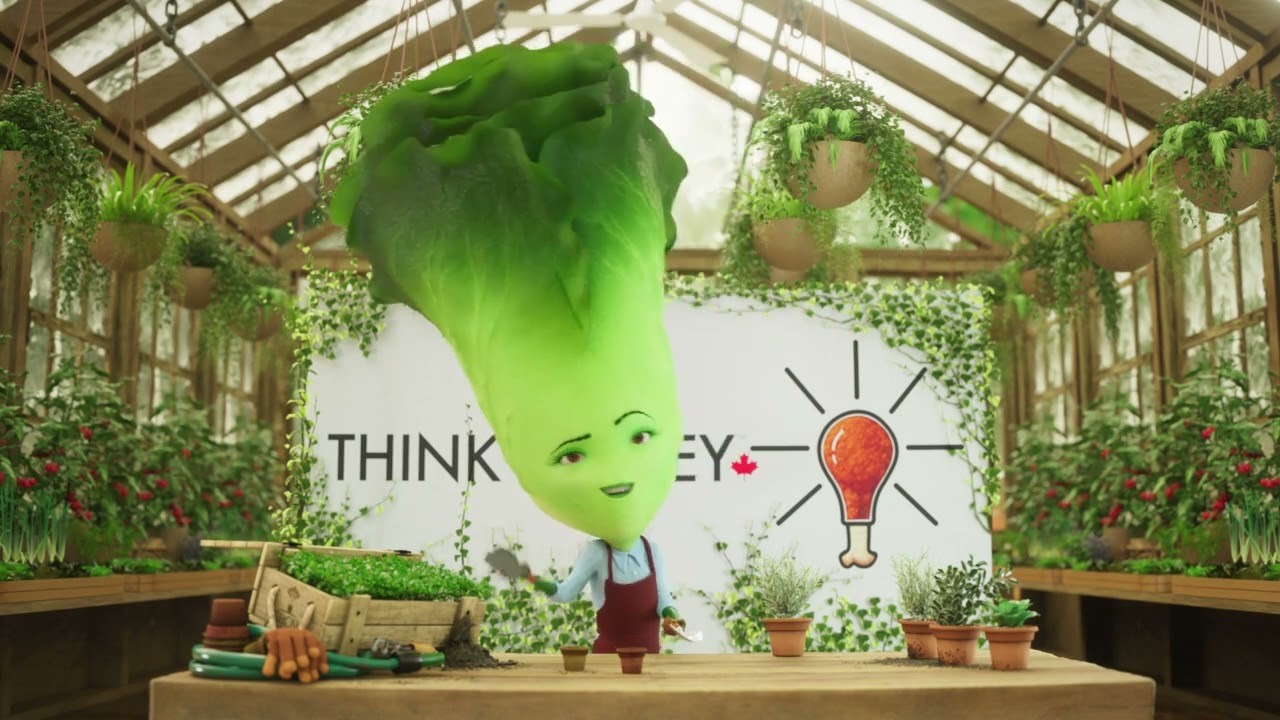 TORONTO, May 9, 2022 /CNW/ – Think TurkeyTM / Pensez DindonMC, the five-year marketing campaign aimed at raising awareness of turkey as a delicious everyday protein option, is cozying up to vegetables in its latest creative campaign: “Veggies Love Turkey”.

“With increased interest in healthy cooking, Canadians spending more on fresh produce, and vegetables occupying more share of plate, we see a strategic opportunity to lean into the many reasons to choose turkey – it’s lean, delicious and versatile,” said Darren Ference, Chair, Turkey Farmers of Canada.

The “Veggies Love Turkey” ad spots will also air during the 11th season of Les Chefs, of which Think Turkey is a lead sponsor, and will run as online video.

To add star power, Think Turkey will team up with celebrity chef and restauranteur Chuck Hughes to inspire Canadians with three veggie-packed turkey recipes released through short-form videos on social as well as interactive cooking segments and exclusive media stories.

“I love cooking with turkey because there are so many different cuts and so many creative ways to cook it,” said Chef Chuck Hughes. “As a parent, I do a lot more home cooking these days and turkey is a go-to in our house from turkey meatballs to turkey drumsticks and it’s always served with a healthy side of veggies”.

To stay up to date with the “Veggies Love Turkey” campaign and for recipes by Chef Hughes and more, follow along online at ThinkTurkey.ca, on Think Turkey’s Instagram channel (@CanadianTurkey) and its other social media platforms.