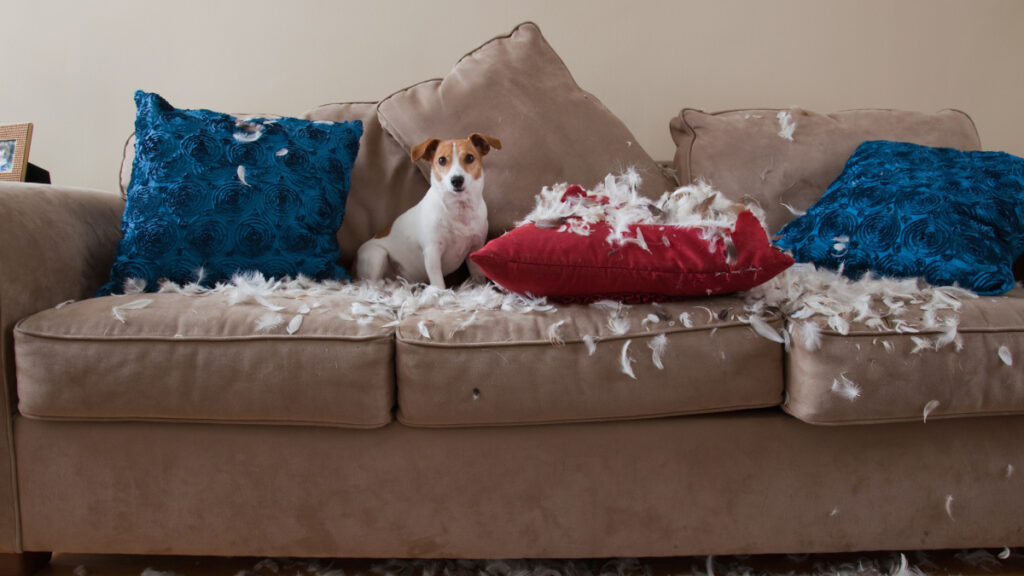 Keeping your dog out of the garbage just got way easier.

At CES 2022, the pet company Wagz debuted Wagz Tagz, a small device that works with the Wagz smart collar to keep your dog away from off-limit zones in your home. The tag is a little smaller than a credit card and slips into areas like under a mattress, in-between couch cushions, or yes, attached to your garbage can.

Wagz is one of several pet-focused companies at this year’s CES that have found an enthusiastic market recently. Nearly half of Americans reported getting a dog during the pandemic, and as of 2020, pet tech sales generated $5.5 billion worldwide. As owners spend more time at home, it’s no coincidence that the human and dog bond is closer than ever.

To set up Wagz Tagz, place the tag in a spot your dog sneaks into or onto. Using the Wagz app, set up the geofencing around this zone, which can be anywhere from three to 15 feet. Then pair it with the Wagz collar.

If your dog enters an off-limits zone, the collar gives them a “shock-free correction,” which is a combination of vibration, audible cues, and ultrasonic sounds. This correction “will capture the dog’s attention” enough to distract them from the behavior, according to a spokesperson. You’ll also receive a notification from the app when this happens.

A UC Davis study from last year connected sudden household sounds to anxiety in dogs, so it’s probably a good idea to watch your dog carefully for signs of stress if you use this product.

And of course, using Wagz Tagz isn’t a replacement for training. “As with all corrections,” said a Wagz spokesperson, “training is required for the dog to understand what to do upon experiencing this.” But it’s a convenient way to start addressing a problem that beleaguers many dog owners.