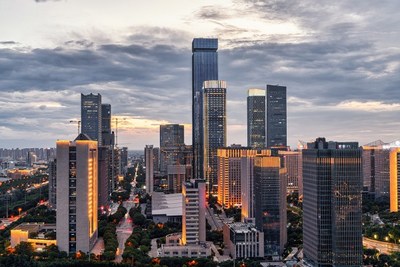 For the first time China is home to 21 world-leading science and technology clusters – on a par with the United States – according to the 2022 edition of the Global Innovation Index (GII), which was recently pre-released by the World Intellectual Property Organization (WIPO).

The city of Xi’an, capital of Northwest China’s Shaanxi province, ranked 22nd among the top 100 global list of such clusters, up 11 places over last year.

The GII report has been issued in 15 editions since 2007. It is considered to be the barometer of innovation and creation of the global economy, as well as being an important reference for economic decision-making in various countries, which has attracted worldwide attention.

Each year, the GII ranks the top-level innovative capacity of around 130 countries and economies around the world.

Science and technology clusters are established through analysis of patent-filing activities and scientific article publications – documenting the geographical areas around the world with the highest density of inventors and scientific authors, according to WIPO.

Xi’an has sufficient confidence and a solid foundation for the optimal development of its scientific and technological innovation.

In the first half of 2022, the city’s turnover of technology contracts increased by 45.3 percent year-on-year. Three incubators in Xi’an were selected as national-level technology business incubators, while 11 maker spaces rated at the national level.

The concept of key and core technology was proposed in Xi’an – and the Global Key & Core Technology Innovation Conference has been held in the city for six sessions. Xi’an ranked 6th in terms of key & core technology development among major cities in the county.

In recent years, Xi’an has also been approved to build a national new-generation artificial intelligence innovation and development pilot zone and a national key and core technology innovation demonstration zone.

Since last year – guided by the construction of the Qinchuangyuan innovation-driven platform – the city has made every effort to strengthen and optimize the innovation support platform and entrepreneurial space carrier, so as to fully release the vitality of innovation.

In addition, talent is widely said to be key to innovation-driven development, and Xi’an is continuing to implement its Xi’an Talent Program. In the first half of 2022, a total of 115 high-level talent and 84 overseas high-level talent projects were selected and funded.