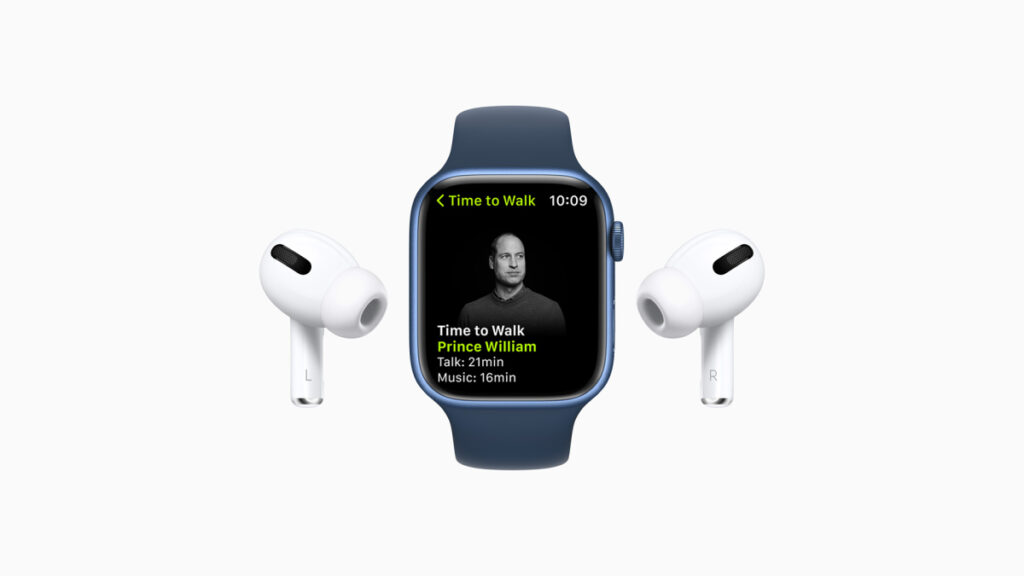 Apple is encouraging you to go for a walk around the neighbourhood while enjoying the dulcet tones of checks notes Prince William.

His Royal Highness has been announced as the next audio guest on “Time to Walk” with Apple Fitness+. Each episode invites you to listen to influential people monologue about their lives while you’re valiantly putting one foot in front of the other, with celebrities like Dolly Parton, Shawn Mendes, Uzo Aduba, Randall Park, Draymond Green, Jane Fonda, Camila Cabello, Min Jin Lee, Naomi Campbell, and more pouring their famous voices into your active eardrums.

The series is available to access through Apple Watch, in the Workout app with a Fitness+ subscription, paired with either AirPods or any other Bluetooth headphones. Each episode runs about 25 to 40 minutes, and sees the guest sharing personal stories, often with photos or music.

Prince William’s episode will be released on Dec. 6. As previous episodes have done, the Duke of Cambridge and second in line to the throne will reflect on the importance of mental health. According to Apple, “He also reflects on a lighthearted moment when he was drawn out of his comfort zone, the value of listening as a way to empower others, and an experience that led him to prioritize mental health.”

Prince William has spoken publicly about mental health in the past, talking to the BBC about his experience with grief following the death of his mother, Princess Diana, and calling for an end to the stigma around mental health, as hard as it can be to ask for help.

This might surprise some, however, as mental heath is notably a key issue for the royal family behind closed doors. It’s also something his brother, Prince Harry, has been speaking about publicly for a while now, alongside the Duchess of Sussex, Meghan Markle, who went into detail about her own struggle with mental health as part of (and let’s be real here, as a direct result of) the royal family.

Mental health is a key issue for the royal family. So, why is it failing behind closed doors?

The Duke and Duchess of Cambridge, William and Kate, and the Duke and Duchess of Sussex, Meghan and Harry, actually teamed up in 2019 to bring a version of the U.S.-founded Crisis Text Line to the UK, investing £3m in an offshoot service called Shout. Apple will, in fact, make donations to the Crisis Text Line in the U.S., Shout in the UK, and Lifeline — a 24-hour crisis support line — in Australia, all charities picked by the prince.

So it’s all for a good cause. Whether you want to do your morning walk with a member of the British royal family is up to you.