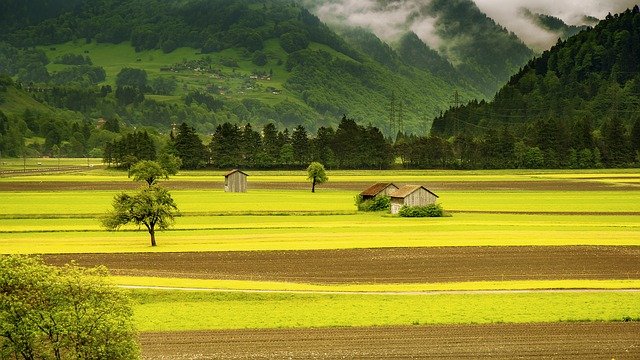 IoT in Agriculture: Connected Farming Is the Answer to more Sustainable Farming

Using the Internet of Things in agriculture is undeniably the smartest way to feed humanity. But IoT promises even more. It’s one of the few realistic ways to sustainably feed a growing population.

The global population is growing while the possibility to produce more food is restricted by many factors, including limited arable land and finite water resources.

Is there a solution?

Connected farming and using IoT in agriculture can help to overcome this seemingly insurmountable obstacle. Agriculture software development can help us meet the global demand for food. Check this article to learn how:

The concept of connected farming: A synergy of technologies

According to a UN report, the current population of 7.7 billion will grow by another 2 billion in the next 30 years to reach 9.7 billion people by 2050. As this happens, the UN Food and Agriculture Organization expects that people are likely to consume 30% more calories on average by that time as they can afford more varied and protein-rich diets.

Should these estimates prove correct, in the following three decades, people will need to produce up to 70% more food to keep up with demand.

The situation becomes even more critical when we consider that previous growth in agricultural output has mostly come from farming new lands. However, at this point, humanity is already farming its best pieces of land, and no more than a 5% increase in agricultural land area is possible globally.

As of the beginning of 2021, technology has evolved enough to be capable of increasing crop yields from existing land by operating greenhouses, indoor and vertical farming systems and creating perfect conditions for plants with the right amount of nutrients and water, fighting pests, and more. Omnipresent mobile coverage, powerful cloud computing, and 100x year-over-year growth in computational power can enable much-needed higher crop yields per hectare and better results for livestock farming.

Connected farming refers to using technology to monitor, analyze, manage, control, and ultimately improve key agricultural processes during all stages of the farming cycle: pre-production, production, and post-production. It involves the communication of different devices between each other, starting from sensors in the field all the way to smartphones in the hands of farmers. To practice connected farming, a farmer should have IoT ecosystems in the field, in agricultural equipment, in the cloud, and in the office, allowing for a 360-degree view of the entire farming cycle.

This next generation mode of farming is called connected because data flows between multiple devices and stakeholders as it’s collected, processed, and analyzed.

The connected agriculture market was estimated at $3.35 billion in 2019 and is forecasted to grow to $6.99 billion by 2025. IoT is a significant part of connected farming. It also serves surveillance and crop monitoring functions. Let’s see in detail how it works and scrutinize IoT agriculture components.

The Internet of Things is a multi-stage network of devices working closely with each other to perform an action. With IoT in agriculture, such an ecosystem usually involves a device with a sensor that collects data: a physical device inserted in the soil that measures moisture levels, a camera that takes pictures of crops and sends them to a field mapping application, etc.

Transporting and transforming this data from the moment it’s collected by such sensor-enabled devices until it reaches the end consumer in the form of actionable insights involves several technologies and providers.

This deployment chain usually involves the sensor and application provider, connectivity vendor, mobile network, system integrator, and data analyst. The complexity and multiple parties involved in just one technical structure are just one of the reasons why such IoT solutions are mostly deployed by bigger players, while small independent farmers may find the technology too complex.

Use cases of IoT in agriculture

Both insufficient and excessive levels of water can harm plants. This is why irrigating plants according to their needs is a pivotal element of precision farming.

The iFarming solution powered by IBM® Watson® and IBM Cloud™ technology uses IoT sensors to estimate the watering needs of specific crops in the field to provide just the right amount of irrigation.

The iFarming system pulls data from multiple sensors located in fields and combines it with a sophisticated seven-day forecast from the Weather Company by IBM to receive water supply suggestions that align with the needs of specific crops.

As a result of implementing iFarming technology in Tunisia and France, users saw a 40% decrease in water use, ultimately saving 25% in irrigation costs and increasing productivity by 30%.

On its way from farm to fork, 40% of food in America gets spoiled and binned. Agricultural IoT technologies combined with blockchain technology can help reduce this staggering waste by as much as 50%.

Supply chain management IoT solutions use sensors placed in pallets at the time of harvest to monitor time and temperature — the two most vital parameters to measure the freshness of products.

When such data is available on each leg of the product’s journey from farm to supermarket, AI can analyze and calculate the optimal delivery terms of each pallet. As an example, a warehouse manager can prioritize cooling of a specific at-risk pallet or even reroute its goods to a local store as opposed to sending them across the country.

Australian Consolidated Milk uses sensors to track temperature when transporting milk. Just to give you a perspective of the potential savings, a spoiled tanker-load of milk means a loss of $10,000 as well as a negative environmental impact.

The Kagome company created an agriculture IoT solution that monitors the delivery of 180 tons of tomatoes on a daily basis. Tomatoes are a highly perishable product. In just the first season, this software paid for itself five times over by optimizing supply chain management.

Microsoft has joined the quest to supply humanity with more food as our needs grow. FarmBeats is a cloud-based platform that uses a combination of technology including AI, ML, IoT sensors, satellites, cloud computing, and drones to gather data from a farm, analyze it, and provide a map with suggestions and actionable insights.

The program aims at collecting data via inexpensive devices like sensors, cameras, and drones that transmit data via Wi-Fi routers and TV whitespaces for further processing and analytics.

One kilogram of rice takes an average of 1400 liters of water to produce.

The Precision King company has produced water sensing devices that are placed throughout a field to monitor water levels. This information is then transmitted via the AT&T broadband network and connected to a farmer’s mobile device. Under the AWD system, water is allowed to dry to a certain level naturally before the farmer decides to flood the field with more water based on weather conditions and other factors.

Challenges that slow the mass adoption of IoT in connected agriculture

The role of IoT in agriculture is pivotal at present and will grow with time as mobile connectivity improves and more business loans become available to independent farmers.

As it stands right now, it’s safe to say that agricultural IoT technology is in its initial stage. Moreover, early adopters are mostly bigger players.

These are the key factors that hinder the mass adoption of this AgriTech solution in the early 2020s:

The multiple pieces of the value chain that are integral to the deployment of IoT in farming are disparate and costly. For precision farming, multiple sensor devices need to be employed throughout the field. Then there’s the connectivity platform, analytical component, mobile network, and the application itself. All of these components require substantial upfront investment.

Mobile network coverage and satellite internet coverage significantly improved in the late 2010s. Still, connectivity is a burning issue for the development of the Internet of Things in smart agriculture, specifically in Africa and Asia.

Transmitting the volumes of data that need to be transferred from the field to the mobile application in the hands of a farmer requires a powerful internet connection that is still lacking in some areas.

With so many vendors supplying connectivity and data transmission from the initial stage of collecting data with sensors to the stage of processed data being displayed on the farmer’s screen, there are many opportunities for a data security breach.

Naturally, data protection is vital for any business. While agriculture as an ecosystem will overwhelmingly benefit from the abundance of shared open data, there’s lots of sensitive data. Eliminating such potential vulnerabilities is one of the main missions of software development companies creating AgriTech projects.

Kearney’s annual 2019 Global Services Location Index report focuses on the growing weight of cybersecurity. With the number of security breaches more than tripling in the eight years since 2010, this concern is indeed a primary focus for many sectors.

Independent farmers comprise a big part of the agricultural sector. They’re fragmented, have only a handful of channels to communicate with each other, and suffer from limited access to investment. In some cases, land plots are in yearly cash-based contracts, which also excludes the idea of any capital investments at scale.

With the rise of technology, more and more software solutions are appearing to educate smaller farmers, connect them to buyers on trading platforms, and provide overall guidance and access to enterprise-level expertise. But this is a work in progress that only gives a hopeful indication of the better, more connected future.

Make hay while the sun shines

All the buzzwords like precision farming, AgriTech, connected agriculture, the Internet of Things, and smart farms mean one thing: food for future generations.

The fact that these terms still sound like buzzwords to many may be good news: We’re in the early majority adoption stage, where there’s worthwhile ROI for those willing to invest.

The global population is growing and its appetite is growing too. It’s time to use technology to make the best of what we already have.

1 thought on “IoT in Agriculture: Connected Farming Is the Answer to more Sustainable Farming”