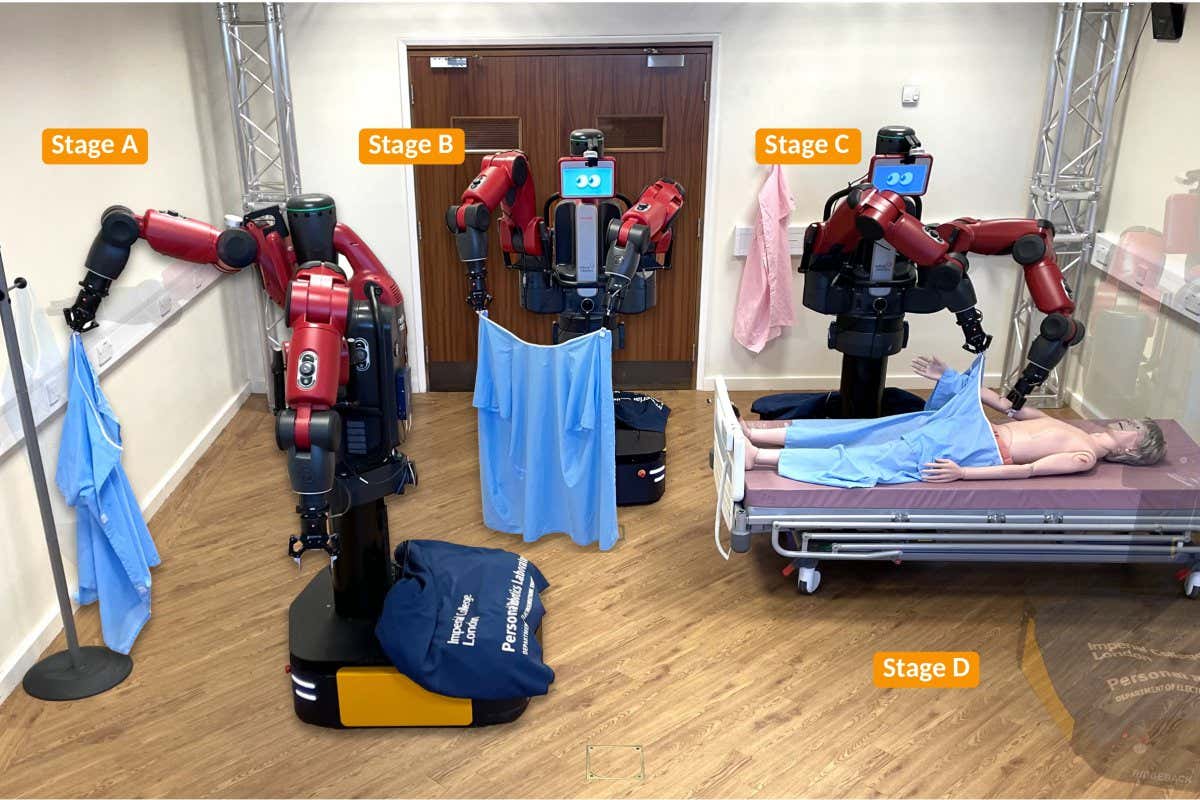 Flexible objects are difficult for robots to handle, but a new approach could allow artificial nurses to help patients dress

A two-armed robot can grasp a folded hospital gown and dress a medical mannequin lying on a bed. The technology isn’t yet ready for use on people, but it is an experimental step towards artificial nurses in hospitals.

Fan Zhang and Yiannis Demiris at Imperial College London tested their robot in a scenario that closely mimicked the Certified Nursing Assistant test used in US healthcare, in which a trainee nurse has to put an open-backed robe on a person with weak or paralysed arms. Instead of a human, however, they used a mannequin designed for medical training.

Flexible objects like a gown are extremely difficult for robots to work with, because their overall shape and size vary dramatically depending on how they are draped. Instead of trying to track the entire gown, the robot focuses only on key points that it needs to grasp and manipulate.

The pair partially trained the robot’s artificial intelligence control system using a computer simulation of the problem before running any physical trials. Once trained, the robot successfully dressed the simulated patient 90.5 per cent of the time.

Mehmet Dogar at the University of Leeds, UK, says that identifying key spots on the gown and largely ignoring the location of all other points “looks like a good approach”.

“When you’re putting your own shirt on, putting your hand through the sleeve, you don’t exactly know where the rest of the garment is, right?” he says.

Despite this, Dogar says that robot nurses are still some way off. “These are very specific feasibility studies we’re looking at, and nurses are much, much more than that,” he says. “If you got this robot and put it in a real hospital, even just for this task, it will fail many times due to variations in the problem. So, I don’t think we can say robotic nurses are near, but these are all research questions that we need to ask and investigate so that we can move towards that.”