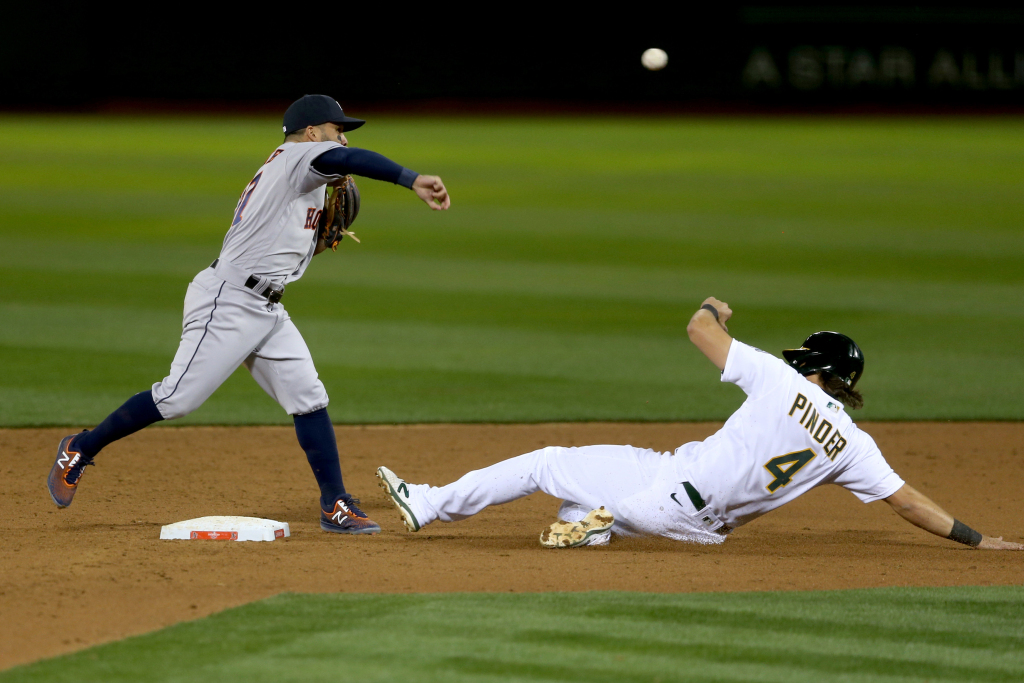 Oakland A’s manager Bob Melvin did not sugarcoat anything during a health-focused press conference earlier this week. He acknowledged that his team has been battered by injuries in the early going of the 2021 season and it has been one of the A’s biggest hurdles to overcome.

From closer Trevor Rosenthal to outfielder Chad Pinder, the A’s have already been without some of their most important players this year. In all, they have six on the injured list.

But as of Saturday morning, it appears some of them are making significant strides towards an eventual return to game action, Melvin said Saturday several hours before the A’s play the Detroit Tigers in search of their seventh straight win and a winning record for the first time this year.

Pinder, who hit .300 with a home run and two RBI in four games to start the season, sprained his left knee when he crashed into the padded right-field wall on April 4 in the A’s opening series finale at home against the Houston Astros. He was subsequently shut down in order to aid his recovery.

Melvin said Saturday that Pinder has resumed baseball activities. On Friday, he took swings off a pitching machine for the first time and all signs point to his body responding well to the activity. The A’s are now waiting to see how he takes to running again, something that will “tell the tale with him,” according to Melvin.

“He’s doing some light stuff,” Melvin said. “He’s running on a treadmill and doing some cardio stuff in the weight room. Once we get him out on the bases then we’re starting to get a little closer. At least he’s doing baseball activities now.”

Righty reliever Burch Smith suffered a right groin strain and was subsequently placed on the injured list on April 6. Melvin subsequently told reporters it’s “going to be a while” before Smith is ready to rejoin the team. As of Saturday, Smith is throwing from 100 feet and making progress towards beginning a running progression that will further accelerate his recovery.

“The arm is not the problem,” Melvin said. “We’re continuing to try and condition the arm … We’re starting to get to a pretty good spot with him.”

Melvin said after Smith starts running he will play in several games at the A’s alternate site in Sacramento before rejoining the team.

“We’re still not there yet with him but we’re getting closer,” Melvin said. “His arm has been in good shape. That should be the least of our worries as far as that goes. It’s more the lower half.”

Left-handed pitcher A.J. Puk (bicep) is still throwing from 90 feet, though there is still no timetable for his return.

“He’s continuing his throwing progression and hasn’t gotten off a mound yet,” Melvin said. “Once he gets off a mound and throws a bullpen, we’ll have a little better timetable.”

A pair of key contributors are also out of the Oakland lineup for Saturday’s game at home against the Tigers. Outfielder Stephen Piscotty was placed on the paternity list Friday, the club announced.

Piscotty, who is batting .250 with four RBI in 11 games, has shown off his power potential at the plate recently with home runs in back-to-back games before being placed on the paternity list. He put the A’s ahead with a lead-off home run in the third inning in Thursday’s 8-4 win over the Tigers, a critical moment in Oakland’s fifth straight win.

Second baseman Jed Lowrie, who leads the team in nearly every significant offensive statistic other than home runs and stolen bases, is receiving a routine day off on Saturday, his 37th birthday.

Melvin said Lowrie will be available off the bench if needed and resting him on Saturday is a byproduct of playing a night game on Friday.

“We’re just trying to keep him healthy,” Melvin said of his hottest hitter. “These type of night-game, day-game things will typically be when he’s off.”

Starting in Lowrie’s spot on Saturday is 27-year-old infielder Vimael Machín. Machín, who was called up Friday in place of Piscotty, joins the A’s for the first time this year after batting .286 with nine RBI in 23 Cactus League games. He made his major league debut with Oakland last year after being acquired from Philadelphia.

“He puts the bat on the ball and gives us a little bit of a different dynamic than some of our guys who are a little more power-prone,” Melvin said. “He can play multiple positions. He’s a good fit for us right now.”

Irvin will start with the ball today.