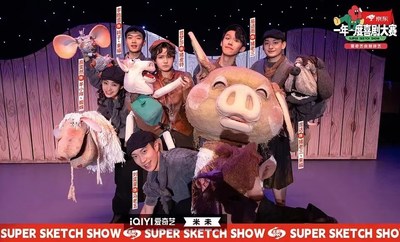 BEIJING, Dec. 22, 2022 /PRNewswire/ — iQIYI, an innovative market-leading online entertainment service in China, aired the finale of its original comedy variety show Super Sketch Show season 2 on Dec. 17. The show, a massive hit in China since its debut, marks iQIYI’s commitment in the development of comedy shows.

The finale of Super Sketch Show season 2 has reached 9313 in iQIYI content popularity index, and saw a 19% increment in comparison to its first season, marking it the top-ranked variety show in 2022 on iQIYI. The show scored 8.8 out of 10 on China’s mostly used film and TV review platform Douban, and became one of the few variety shows of IP in the market to score more than 8 points in both seasons. The program also topped multiple third-party ranking charts, it topped one list of daily views 77 times, receiving the highest views with a strong market share of 37.68%, led to the generation of 2,085 trending topics and over 20.6 billion reading views of related topics.

iQIYI has always been pioneering the comedy content innovation in China, and recognized as the leader of this genre. The second season of the Super Sketch Show introduces several innovations in the show’s format and content. The unique comedic styles comprise of puppet drama, black out drama, and one-man show.

Further to the rich content, Super Sketch Show series has substantially facilitated the growth of comedy industry in China by introducing new comedy talents to the wider public. It also widens the audience’s understanding of comedy by showcasing the screenwriters who normally work behind the scenes. Several actors then earned greater popularity and opportunity of taking part in other dramas and shows produced by iQIYI.

WANG Xiaohui, President of Professional Content Business Group (PCG) and Chief Content Officer of iQIYI, remarked at the season finale: “Bringing joy to others is the noblest art, iQIYI will continue to promote the comedy development.”

Since the beginning of this year, iQIYI has also received sustained viewers and market interest by presenting successful variety shows, including Super Sketch Show season 2, The Rap of China 2022, The Detectives’ Adventures season 2, and Memoon Player. Going forward, iQIYI will release additional innovative and high-quality variety shows such as FOLK 2022 and The Farming Youth in hope to continue providing laughter and joy to the audience. 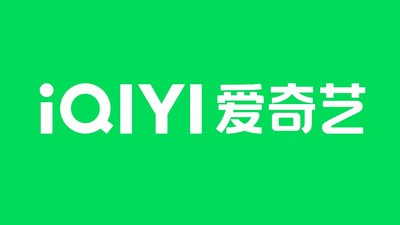