The Founder and Creator of Monytize, Terrell Samuels, Announces the Official Launch of the Highly Anticipated, Invitation-Only Monytize App

LOS ANGELES, Dec. 16, 2022 /PRNewswire/ — Terrell Samuels, the founder and developer of Monytize, has released the app by invitation only. Monytize’s altruistic and moral approach to conducting business in the entertainment industry can alter the public’s perception of the entertainment industry as a source of entertainment rather than a tool for positive change. Users contribute significantly to the enduring legacy that Monytize is establishing. 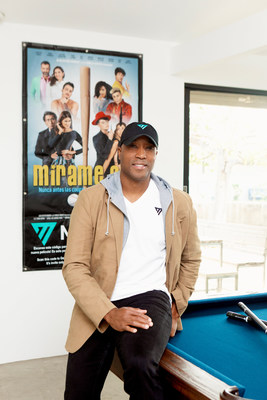 At the height of the pandemic, when spending on home entertainment increased by fifty percent because people were forced to stay indoors for extended periods to avoid the virus, Terrell had this brilliant idea. Not only did Terrell create a method for friends to communicate online, but he also enabled them to profit from playing and listening to their favorite video games, songs, and films. The majority of individuals believed that the social media platform would only serve as a typical social media platform; however, it also functions as a streaming platform.

Monytize is a social networking platform that allows users to maintain relationships with friends and family. However, it has additional advantages that eliminate the time-consuming wastefulness of social media browsing. Monytize aims to make social media profitable for both content creators and content consumers, going beyond the simple act of consuming information to also put money in their pockets. The network is intended to facilitate the sharing of videos, photographs, and other media content, all of which will be monetisable. This platform, which can only be accessed by invitation, enables users to construct their own networks however they see fit. For each new member they bring into the community, the user who invited them receives a monetary reward.

Monytize is used by notable celebrities such as actor and comedian Tiffany Haddish, actor Kenan Thompson, NBA player Duane Washington Jr., and actor Jesse Tyler Ferguson, among others, so that they can earn money while interacting with their fans.

Monytize is a streaming platform that enables users to obtain the latest music, videos, and games from their preferred content creators in a centralized location. This affords content creators an additional opportunity to monetize their work and earn revenue from each stream they receive. It is particularly advantageous if their followers join via the invitation links they provide. Terrell developed a business model to generate revenue for Monytize that donates a portion of each dollar to charitable organizations, needy communities, religious institutions, and any other part of the world in need of financial contributions. Users can also facilitate this model by inviting others to the platform, persuading them to spend money, receiving compensation for their efforts, and having a portion of their spending on Monytize donated to a charity of their choosing.

Monytize is the first and only platform of its kind, allowing the company, its users, and the general public to generate revenue concurrently. Monytize enables users to earn money through their participation in social media, fulfilling the hopes and expectations of a large number of individuals.

You will have access to a variety of features as a member of the Monytize community, including the ability to stream entertainment, participate in gaming, interact with your friends, family, and communities, and follow your preferred content creators, influencers, brands, and other entities. Members will be able to invite their networks via a unique invitation link, and for every dollar spent as a result of their influence, they will receive 20% of the total. Each member link keeps track of each transaction and ensures that the correct member receives credit.

In 2013, the Mahvrick Network’s Most Powerful List recognized Terrell as Entrepreneur of the Week. The marketing, entertainment, business management, and medical industries are just a few of his many areas of expertise. For a while, he headed a financial services company as president. He used his expertise in commercial and residential real estate financing to double the company’s annual income and sell it for a substantial profit in 2006. In the year following, he established The Marketing Doctor in Los Angeles, which provides a variety of services specifically tailored to the needs of medical professionals.

In addition to The Marketing Doctor, he also helped found several other companies in the medical industry before selling them in 2012. These included a dental practice, a plastic surgery clinic, an outpatient surgery center, and a women’s health clinic. The following year, Terrell diversified his holdings by funding a five-star American cuisine jazz restaurant called H.O.M.E. (House of Music and Entertainment) and a prominent Beverly Hills restaurant frequented by celebrities.

It is very likely that he will start new businesses in the not too distant future because he has demonstrated over the course of the last few years that he is an effective businessperson.