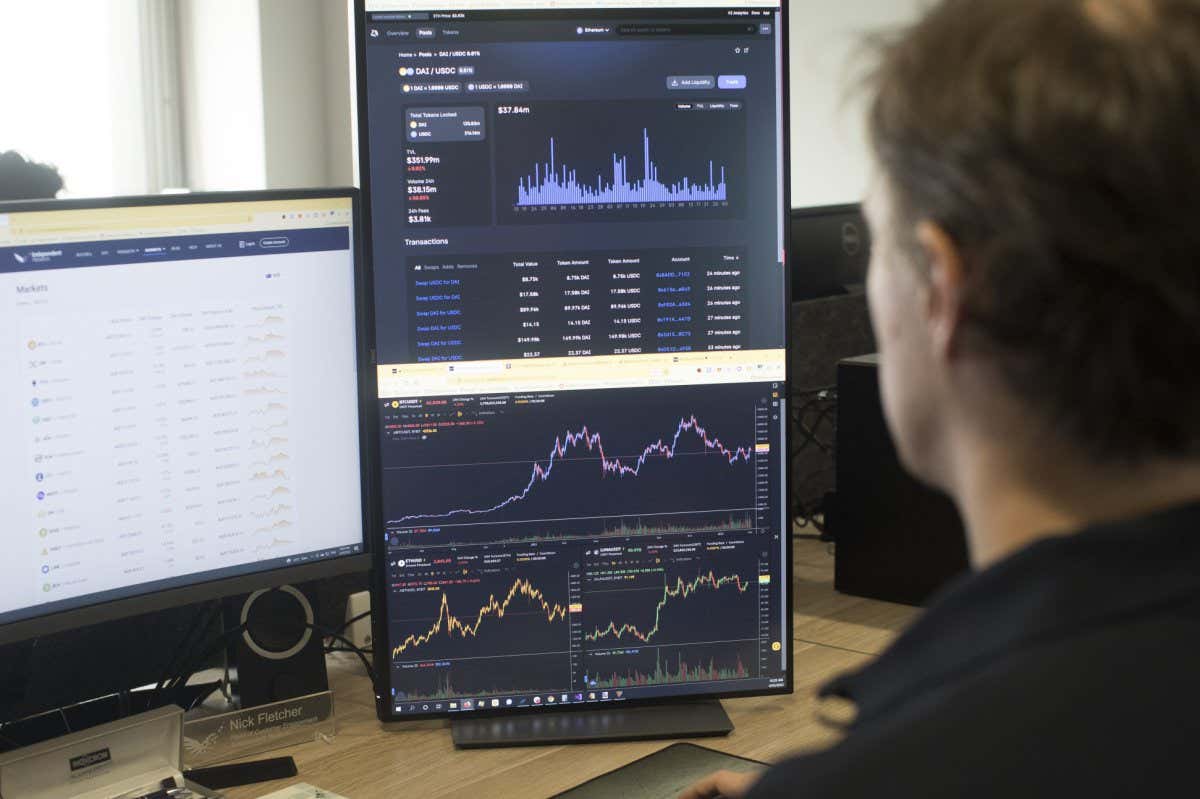 Cryptocurrencies are playing a role on both sides of the conflict caused by Russia’s invasion of Ukraine. Their ability to cross borders regardless of rules or regulations is helping Ukrainian refugees move money out of the country, but may also provide a way for Russian elites to sidestep crippling economic sanctions.

The Ukrainian government, in desperate need of equipment, tweeted a call for donations in bitcoin and Ethereum immediately after the invasion last month. As of 4 March, Ukraine’s bitcoin wallet had received more than £7.5 million, while its Ethereum wallet had received £3.2 million.

Unlike funds raised by non-governmental organisations and charities, these were available to the Ukrainian government within minutes. Other crowdfunding efforts haven’t been so simple. The online fundraising service Patreon blocked an account raising money for Ukraine that had attracted more than 14,000 donors pledging a monthly total of more than £300,000 because fundraisers linked to weapons violate Patreon’s policies – the various levels of donation were called things such as “bullet” and “bomb”. Instead, the group that organised the Patreon page, Come Back Alive, later sold an NFT (non-fungible token) of the Ukrainian flag for nearly £5 million to raise funds.

Before the war broke out, Ukraine was already well placed to raise funds in this way. Last month, its parliament officially legalised cryptocurrency, although it stopped short of adopting any as legal tender, as El Salvador has done.

Dmytro, a computer programmer from Lviv who works for a cryptocurrency mining company and asked that his surname be withheld for security reasons, told New Scientist that he had managed to escape the fighting in Ukraine thanks to bitcoin.

He woke on 24 February to news of the invasion and found cash machine payouts limited by emergency laws, and huge queues to withdraw money. International bank transfers had also been banned. He managed to transfer all his available money into bitcoin and escape with his girlfriend over the border to Poland. He would otherwise have been conscripted into the army, he says. “Bitcoin saved my life.”

Dmytro is now in Poland, using his technical skills to oversee a group of 50 volunteers subverting Russian propaganda online and encouraging Russians to protest against the war. “They have their propaganda, but we have our truth. And as soon as people know the truth, they will definitely go to protests,” he says. “This way we can stop the war as soon as possible.”

Russians have also been converting their money to bitcoin as the value of the rouble plummets after global sanctions strangled Russia’s economy. Demand for bitcoin has been so high that it has been trading there at a premium above global prices. There are simply more people looking to buy than there are people trying to sell who can, or will, accept Russian roubles.

There are fears that Russia’s wealthy elite and those connected to Putin will use similar tactics to remove their money from the country to circumvent sanctions. But George Lopez at the University of Notre Dame in Indiana says that any Russian oligarch using a Swiss bank – long a favourite storage option because of the country’s strict banking privacy laws – and hoping to cash in millions of dollars worth of bitcoin would be likely to appear on the radar of numerous watchful Western governments.

He believes that while countries such as North Korea have been able to establish complex global networks to work around sanctions so they can move funds and goods using bitcoin, Russia has had no time to prepare. “Every bank is very, very suspicious of reasonably large transfers from anybody who’s trying to convert into euros or dollars who hasn’t been a prior customer,” he says.

Russian companies are now isolated from the global banking system, and will also find it difficult to deal with foreigners using bitcoin payments, says Lopez, because the receiving party will eventually have to convert into their own currency, which would trigger financial investigations. Put simply, large amounts of unexplained money are getting harder to put into banks under the current scrutiny.

European Central Bank president Christine Lagarde urged the European Union to push ahead with its Markets in Crypto-Assets legislation that was designed to regulate the trade in cryptocurrency, to aid efforts to prevent Russian cash disappearing into bitcoin. Ukraine’s vice prime minister, Mykhailo Fedorov, has also called for cryptocurrency exchanges to freeze Russian accounts. “It’s crucial to freeze not only the addresses linked to Russian and Belarusian politicians, but also to sabotage ordinary users,” he tweeted.

Although some exchanges such as Gopax have blocked accounts belonging to Russians on official sanction lists, there are few willing to take stronger action, leaving the libertarian-leaning industry standing alone while companies such as Apple, Nike and Ford withdraw services and products from Russia.

A spokesperson for Kraken, a US-based cryptocurrency exchange, told New Scientist that it was abiding by all sanctions against Russia, but the company’s CEO Jesse Powell said on Twitter that it would go no further. “If we were going to voluntarily freeze financial accounts of residents of countries unjustly attacking and provoking violence around the world, step one would be to freeze all US accounts,” he wrote. “That’s not really a viable business option for us.”

It is hard to ascribe any movement in bitcoin’s price solely to the invasion of Ukraine, but in this crisis, cryptocurrencies are proving to be a more stable bet than the Russian rouble.