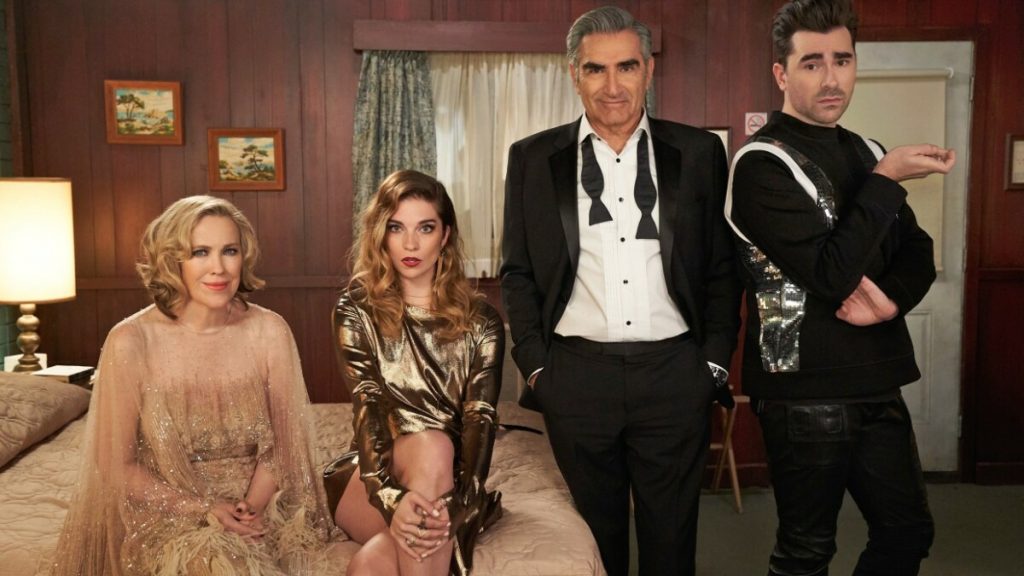 Curious about ‘Schitt’s Creek’? Here’s how to watch this modern classic.

Created by the father-son duo Eugene and Dan Levy, Golden Globe and Emmy Award-winning Schitt’s Creek follows the exploits of the wealthy Rose family after they lose their fortune having been defrauded by their business manager. The family is forced to move to a small town which video store magnate Johnny (Eugene Levy) bought as a joke for his pampered adult son, David (Dan Levy).

Thinking about catching up with the Rose family? Here’s what you need to know.

How can I watch Schitt’s Creek?

Is Schitt’s Creek a real place? What about the Rosebud Motel?

Schitt’s Creek is not a real place, but rather, is filmed in the small town of Goodwood, Ontario. The Rosebud Motel isn’t actually even in the hamlet — it’s located in nearby Orangeville.

What are people saying about Schitt’s Creek?

Schitt’s Creek started as a small Canadian show but has grown to international acclaim, garnering celebrity fans such as Mariah Carey, Kelly Clarkson, and Paul Rudd, plus many, many more. Some review highlights of the final season include:

“This is one key to Schitt’s Creek’s abiding appeal — the opportunity to watch characters we’ve come to know staying true to who they are even as we can see them evolving. The Roses didn’t fundamentally change, but they grew — they added layers of humanity, sincerity, and vulnerability, even as the series allowed them to hold on to a sense of self-awareness that kept things from getting too sticky-sweet.” — Glen Weldon, host of Pop Culture Happy Hour podcast at NPR.

To watch Schitt’s Creek, smash one of the blue buttons below.